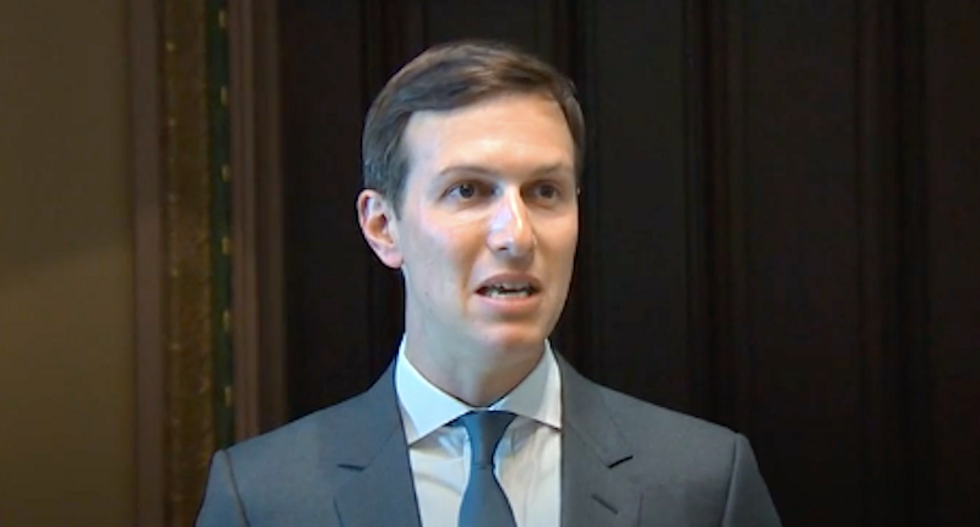 The news regarding Russia's use of social media platforms to push propaganda and inject false narratives in the U.S. conversation around the 2016 election is now a documented fact but it has been an open question as to how Russia's so-called "troll farms" knew how to target their ad buys.

"Mapping the full Russian propaganda effort is important," said Smith. "Yet investigators in the House, Senate, and special counsel Robert Mueller’s office are equally focused on a more explosive question: did any Americans help target the memes and fake news to crucial swing districts and wavering voter demographics?"

One of Smith's sources close to the investigations quipped, "By Americans, you mean, like, the Trump campaign?"

"There appears to have been significant cooperation between Russia’s online propaganda machine and individuals in the United States who were knowledgeable about where to target the disinformation,” said the MSNBC host.

It's unclear where Cambridge Analytica entered the picture, Smith noted, but the company is heavily funded by billionaire Republican power donors Robert and Rebekah Mercer, the shadowy team who have poured millions into ultra-conservative causes and media organizations.

The Mercers are credited with helping turn the Trump campaign around in the eleventh hour by bringing in media mouthpiece Kellyanne Conway and now-ousted chief strategist Steve Bannon.

House Intelligence Committee member Rep. Jackie Speier (D-CA) has said in the past, “I think the Russians had help” from inside the U.S. in its efforts. “I’ve always wondered if Cambridge Analytica was part of that.”

"No evidence has emerged to link Kushner, Cambridge Analytica, or Manafort to the Russian election-meddling enterprise; all have denied colluding with foreign agents," Smith said. "Yet analysts scoff at the notion that the Russians figured out how to target African-Americans and women in decisive precincts in Wisconsin and Michigan all by themselves."

“Could they have hired a warehouse full of people in Moscow and had them read Nate Silver’s blog every morning and determine what messages to post to what demographics? Sure, theoretically that’s possible,” said former defense official under the Obama administration Mike Carpenter. “But that’s not how they do this. And it’s not surprising that it took Facebook this long to figure out the ad buys. The Russians are excellent at covering their tracks. They’ll subcontract people in Macedonia or Albania or Cyprus and pay them via the dark Web. They always use locals to craft the campaign appropriately. My only question about 2016 is who exactly was helping them here.”