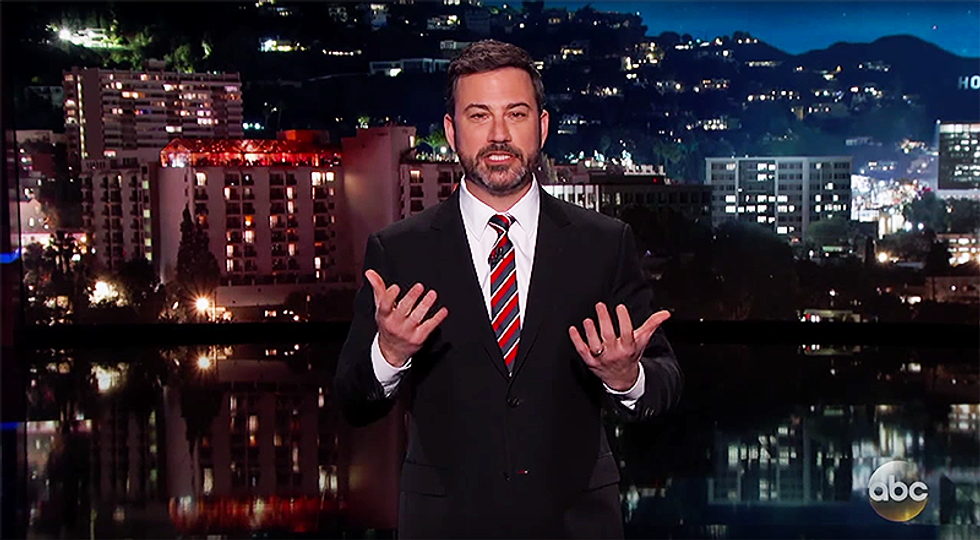 Cassidy established the “Jimmy Kimmel test” in May, after the late-show host delivered an impassioned monologue after his son was born with a heart defect that required massive medical intervention.

“If your baby is going to die, and it doesn’t have to, it shouldn’t matter how much money you make,” Kimmel added. “I think that’s something that, whether you’re a Republican or a Democrat or something else, we all agree on that, right?”

"Will a child born with congenital heart disease be able to get everything she or he would need in the first year of life?” Cassidy asked. I want it to pass the Jimmy Kimmel test.”

The op-ed Kimmel linked to insists Cassidy’s plan does not pass the bar.

“The bill doesn’t do what Cassidy himself pledged,” the Post’s Jennifer Rubin wrote. A middle- or working-class family in Kimmel’s spot, depending on where he or she lived, could find that their policy eliminated birth defects from coverage or charged an astronomical amount to cover a baby born with a life-threatening ailment.”

As Rubin notes, an aide for Cassidy declined to say whether the senator’s plan passed his own Jimmy Kimmel test.