Kellyanne Conway: Trump will 'unify' country by helping the hurricane victims who didn't vote for him 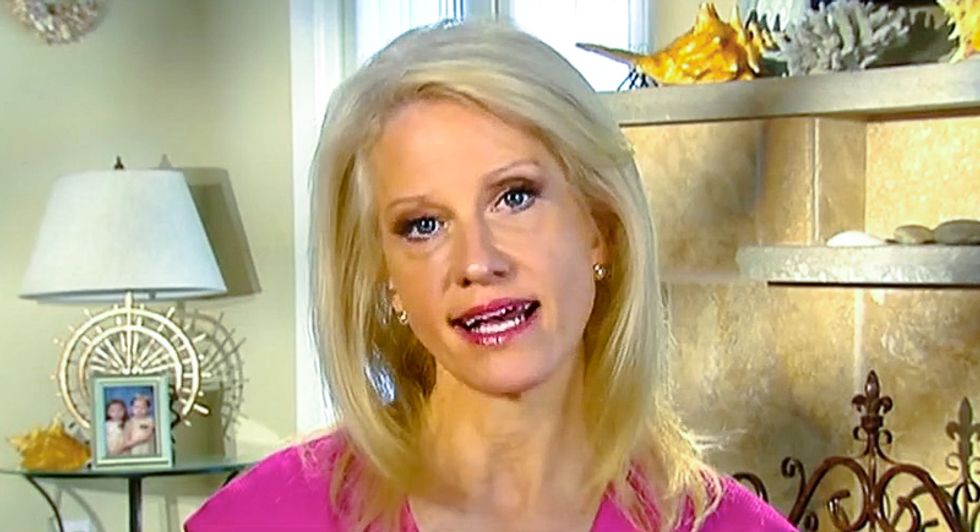 White House Counselor Kellyanne Conway said on Sunday that President Donald Trump is the unifying force who will bring the country together with his handling of the Hurricane Harvey disaster.

During an interview on Sunday, Fox & Friends host Abby Huntsman opined that the "president's not getting any criticism" for a recent trip to Texas, where he told hurricane victims that the recovery would be completed in six months.

"That's what's so significant here, that the president and first lady felt compelled to donate $1 million of their own money," Conway agreed. "[They] felt compelled to visit twice, to really spend the time yesterday, engage people, look them in the eye."

According to Conway, "This is the Donald Trump that so many of us know and are privileged to work with and to know very close and personal."

The president's counselor predicted that Trump will bring the country together by helping hurricane victims who did not vote for him.

"We look at them as our brothers and sisters in need who are suffering," she said. "But this man is somebody who has always expressed the capacity and compassion for people in need."

Conway complained that "people in media" only have one response to Trump: "Attack, attack, attack."

"They look so peevish and so small," she quipped. "People are saying he missed an opportunity to unify the country. They are doing exactly that here. And also getting people -- meeting their needs of food water and shelter at the same time."

"Let's unify as a country beginning with the president," Conway said.