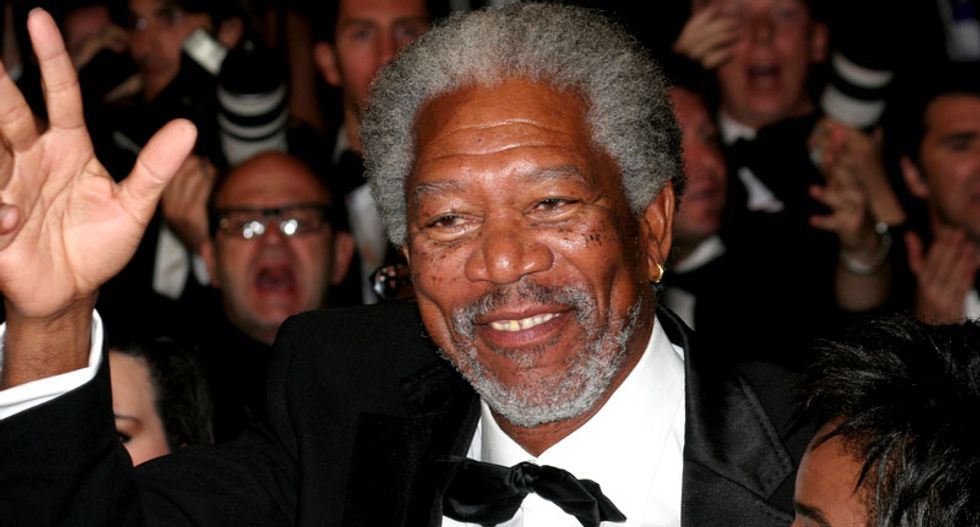 Actor Morgan Freeman attends the screening of 'Sin City' at the Grand Theatre during the 58th International Cannes Film Festival May 18, 2005 in Cannes, France (cinemafestival / Shutterstock.com)

The Kremlin smeared Morgan Freeman on Wednesday for saying that the United States is "at war" with Russia over that country's attempts to destabilize the U.S. through election interference, said the Moscow Times.

“Many creative people fall prey to emotional stress without real information about the real state of things,” said Kremlin spokesman Dmitry Peskov on a conference call, according to the Interfax News Agency.

Peskov claimed Freeman's response was "purely emotional" and should be dismissed as a hysterical outburst.

Freeman made a video for the Committee to Investigate Russia, a group founded by film director Rob Reiner and tasked with investigating the Russian attack on U.S. electoral systems, the country's social media disinformation operations and possible links to the Trump administration.

Peskov dismissed the growing U.S. alarm over Russia “emotional exaltation, a continuation of a form of McCarthyism.”

He continued, “With time this will pass.”

“Morgan Freeman was framed just as Colin Powell was framed... We'll find out who stands behind this story faster than we learned about the contents of the vial,” Zakharova said in a Facebook post.