'Let's see him stand in E coli water': Journalists scorch Trump for insults to the media during Harvey 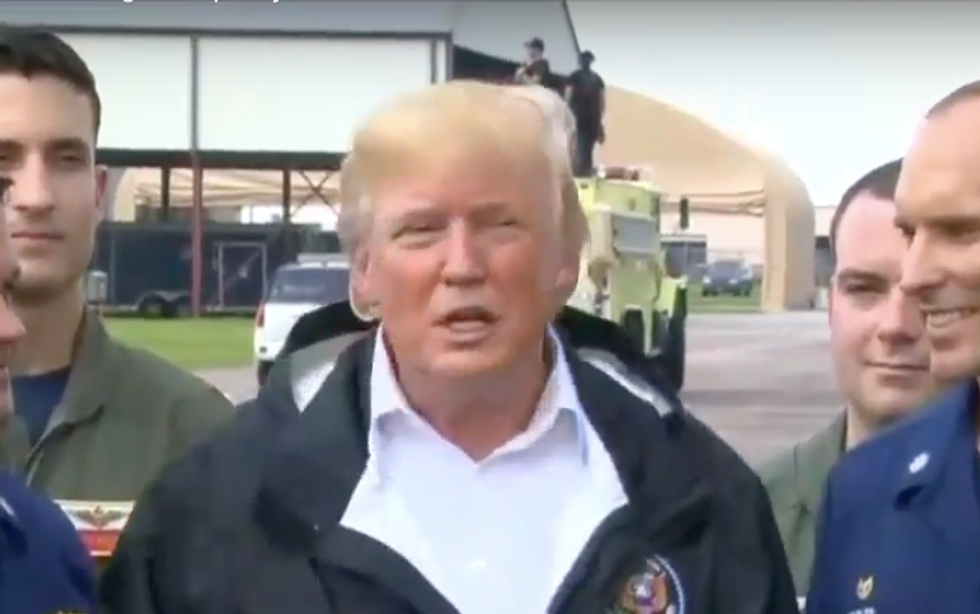 CNN host Brian Stelter and other journalists said on Sunday that President Donald Trump's insults toward the press during Hurricane Harvey were "wrong and petty" and that they'd like to see the first executive attempt to do their job.

"In the wake of Hurricane Harvey there have been so many heroic stories to tell," said Stelter, according to The Hill, "stories of first responders, volunteers -- and in some cases, journalists who jumped in to rescue those in harm's way."

When Trump sniped that the media would never fly like the Coast Guard into the storm winds -- and was promptly shown up by a journalist who did exactly that -- Stelter said the comments were "just wrong and petty."

"Obviously we saw many members of the media out with the Coast Guard, out with other rescuers," he said.

"I've had it with the insults," he tweeted on Sunday. "Let's see him stand in E. coli water reporting for hours like the media does."

Watch the CNN video, embedded below: