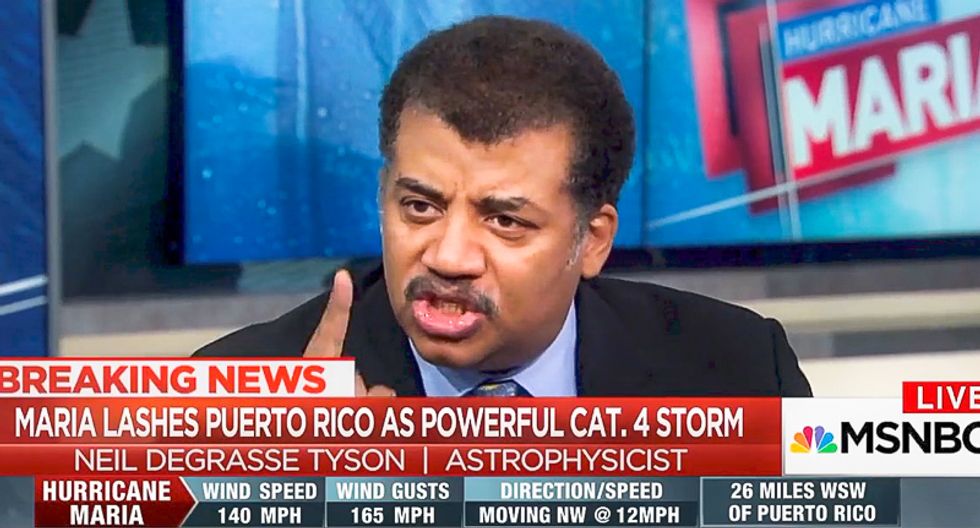 Astrophysicist Neil deGrasse Tyson warned this week that America's democracy is "unraveling" because "fringe" information is treated with the same weight as legitimate science.

Tyson appeared on MSNBC on Wednesday to comment on the recent catastrophic hurricanes in Texas, Florida and Puerto Rico.

"Earth is pissed off," Tyson informed MSNBC co-hosts Ali Velshi and Stephanie Ruhle. "I don't know how else to put it. These are shots across our bow at this point."

Tyson noted that some "people are still saying, 'I choose not to follow the consensus of observations and experiments gives us.'"

"Anyone who wants to base policy on research papers that are not in the consensus of what others have shown," he continued, "that is risky -- no! It's irresponsible."

Ruhle pointed out that voters and shareholders are not interested in "adding thoughtfulness" to their decisions.