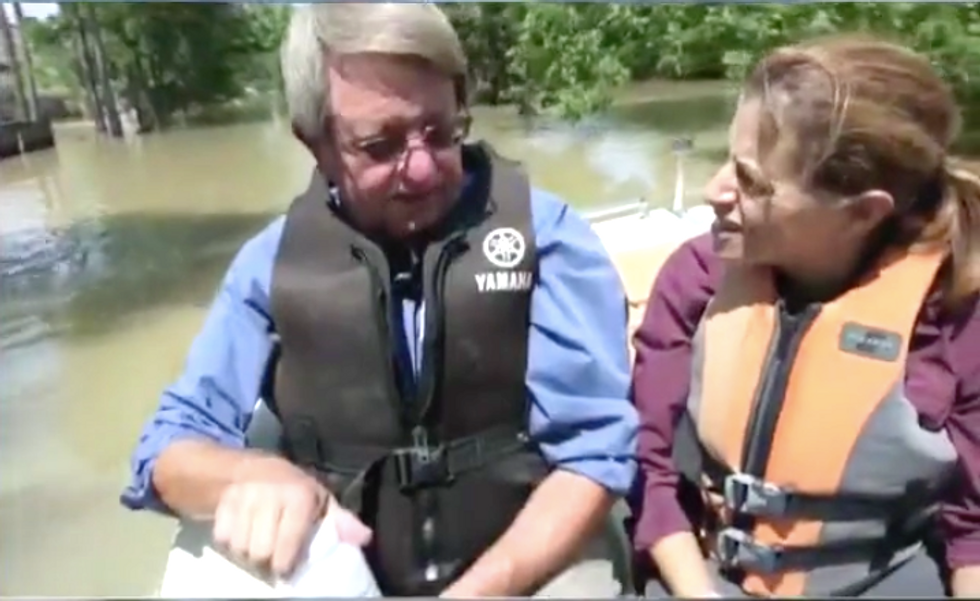 On Saturday, CNN aired a segment about the danger posed by contaminated floodwater in the wake of Hurricane Harvey, which the Environmental Protection Agency (EPA) warned is a significant health hazard for residents.

"Countless people have waded through these floodwaters," said CNN's senior medical correspondent Elizabeth Cohen, "some for hours. Now the question is: What's in it? Alligators, hordes of fire ants and some things you can't see."

A senior scientist from a Houston water testing lab took samples of the water, telling Cohen they expect to find "various bacteria that are sewage-related" like E. coli and fecal strep, harmful chemicals like heavy metals -- including arsenic, lead and cadmium -- that may have escaped from any of the toxic industrial sites in and around Houston.

A physician told Cohen that in addition to fecal bacteria, the water could be contaminated with Vibrio vulnificus, the bacteria that can lead to necrotizing fasciitis, the so called "flesh-eating" disease.

Anchor Ana Cabrera said at the end of the segment that testing showed "several hundred CFUs or 'colony-forming units'" of E. coli, "but the EPA standard is zero." Total coliform, another indicator of he presence of fecal bacteria was in the tens of thousands.

"The manager of Houston's A&B labs who did the testing, says he has never seen numbers this large in publicly accessible waters," Cabrera said.