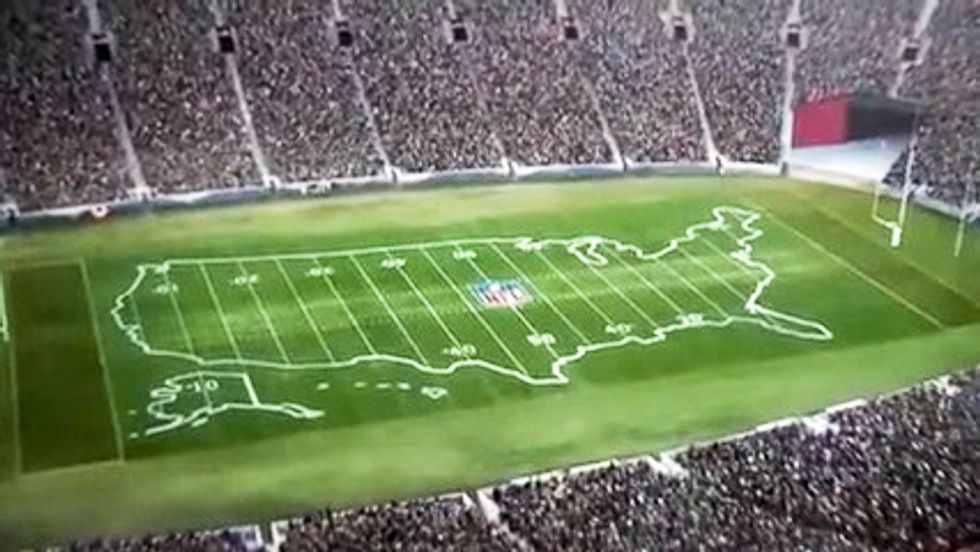 Screen grab from NFL 'Inside These Lines' advertisement (YouTube)

The National Football League on Sunday will air an advertisement calling for unity just days after President Donald Trump launched a divisive attack against players using their First Amendment right to protest the national anthem.

CNN first reported that the ad, titled Inside These Lines, would air during Sunday Night Football.

"We think this is the single best response to demonstrate what we are about," an NFL spokesperson explained to CNN. "It stands in stark contrast to some who practice the politics of division."