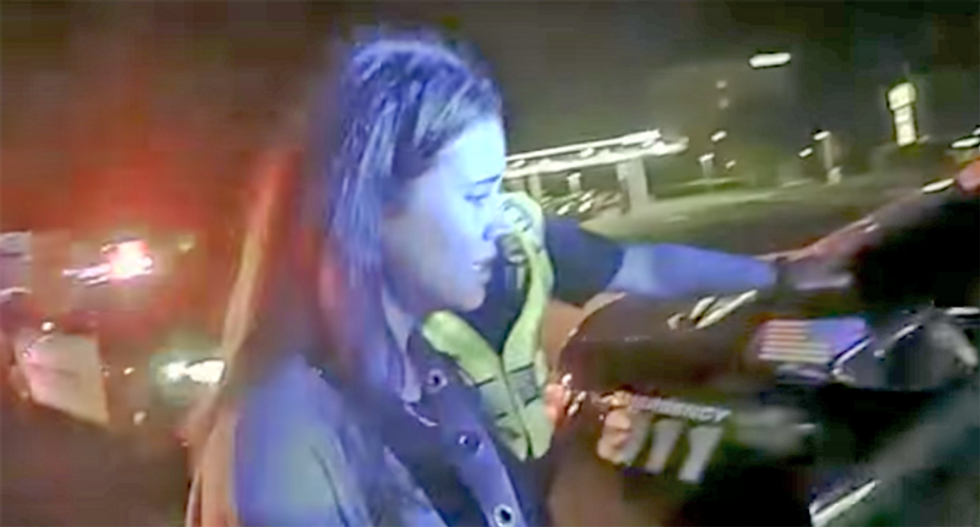 The first female Latina Republican in the New Jersey Assembly was captured by police-body cam footage going on a profanity-laced rant during a DWI arrest in April.

The body-cam footage GOP Assemblywoman Maria Rodriguez-Gregg was obtained by The Trentonian through a public records request and documents a combative exchange.

Police were responding when Rodriguez-Gregg was rear-ended by another driver.

“It’s 3 in the morning and they’re probably drinking,” she suggested. “Make them do a breathalyzer.”

“I don’t need this kind of sh*t from these assh*les who can’t drive,” she tells the police.

Of course, she name-dropped her political office.

“I got rear-ended and you guys are treating me like I’m the f**king a**hole,” Rodriguez-Gregg says.

Not long after, she continues, “I am a sitting assemblywoman. I am not an assh*le.”

Police then began a search.

"Please empty your pockets ma'am," an officer says at about the nine minute mark.

"I have no pockets, it's a dress!" Assemblywoman Rodriquez-Gregg shouts in frustration.

"You have a jacket on that has pockets," an officer replies.

"It's a f*cking sweater," Assemblywoman Rodriquez-Gregg replies. "Here, take this sweater there."

"You're dealing with a sitting Assemblywoman, everybody is going to hear about this sh*t," Rodriquez-Gregg predicted. "Harass a Latino female -- exactly, no marijuana, nothing."

"I have done nothing but support the police, I have have been one of your number one supporters politically. F*cking assh*oles!" she cursed. "Yeah, exactly, mess with the wrong person."

The officers then arrest her.

No marijuana was found in her system and the driver at fault for the accident was never tested for sobriety. Assemblywoman Rodriguez-Gregg previously announced she would not seek re-election.