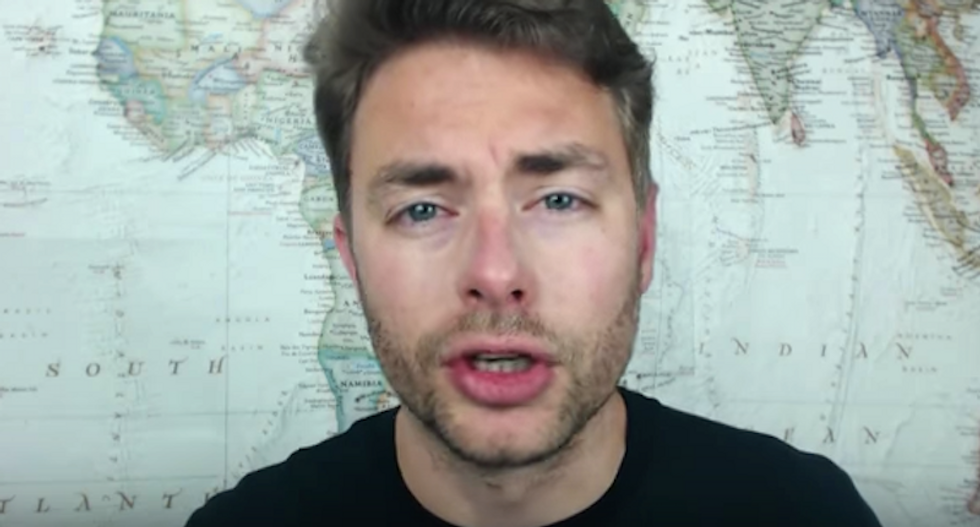 Paul Joseph Watson, an InfoWars editor known for getting regularly humiliated in social media arguments, has just been caught making yet another historically illiterate argument.

As the Independent reports, the trouble for Watson began when he claimed that Antifa -- the left-wing vigilante organization that endorses violent confrontations with neo-Nazis, the Ku Klux Klan and other white supremacist groups -- was the "most hateful group in America." Further, Watson said that author George Orwell "rolls in his grave" at the sight of Antifa.

Mike Stuchbery, an English historical researcher with extensive knowledge of the Spanish Civil War, pointed out to Watson that Orwell actually took up arms to fight alongside Marxist rebels who were battling fascists in Spain.

"Orwell volunteered to fight fascists in Spain," Stuchbery wrote. "Essentially, Orwell is as 'Antifa' as it gets. You dumb motherf*cker."

In fact, one of Orwell's most popular nonfiction books was Homage to Catalonia, which was a detailed account of the Spanish Civil War and his experience battling fascists.

Watson, however, wouldn't concede Stuchbery's points, despite the fact that his historical claims were well founded. Stuchbery then once again tried to explain basic history to the InfoWars editor.

"Paul, again, Orwell signed up to fight with the militia of a Spanish Marxist party, via the British Independent Labour Party," he wrote. "That's how much he despised fascists... read a f*cking book."