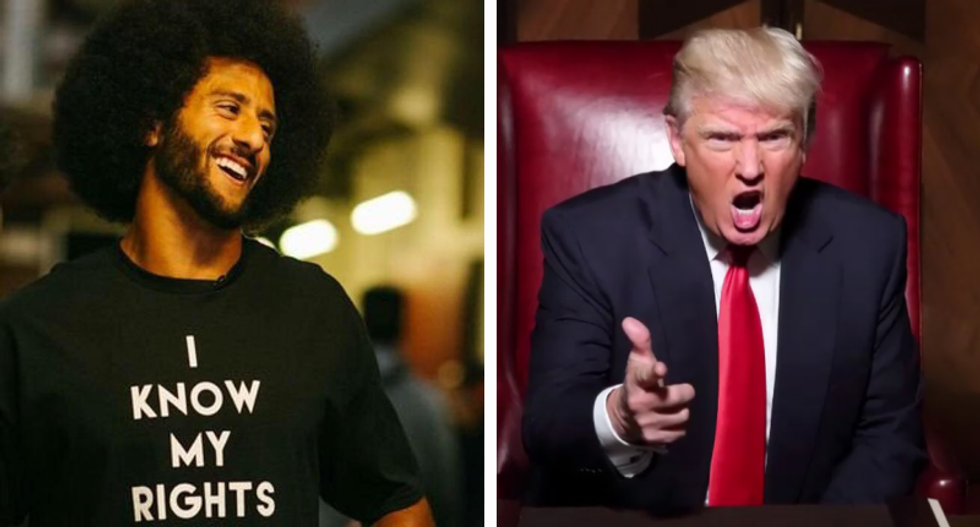 "They were taking both sides of the argument this past weekend, and pushing them out from their troll farms as much as they could to try to just raise the noise level in America and to make a big issue seem like an even bigger issue," Sen. James Lankford (R-OK) said before the Senate Homeland Security and Government Affairs Committee, the Associated Press reported.

"They would much rather use organic American content," Watts explained. "It hits the audience better and it's cheaper and more effective."

Watts was a creator of the website Hamilton 68, which tracks 600 Twitter accounts "linked to Russian influence operations."

The website currently shows that #NFL, #takeaknee and #boycottnfl were three of the top ten hashtags used by Russian trolls in the last 48 hours. MAGA, which stands for Donald Trump's Make America Great Again slogan, was the top hashtag during the timeframe.

Watts explained President Donald Trump is easy to exploit with "active measures" campaigns designed to destabilize democracies from the inside.

"The Russians can just sit back and say: 'Amplify on both sides. Make people angry.' And it works, man, God, it works," Watts said.