Sarah Palin barnstorms Alabama: ‘Roy Moore was deplorable before it was cool to be deplorable’ 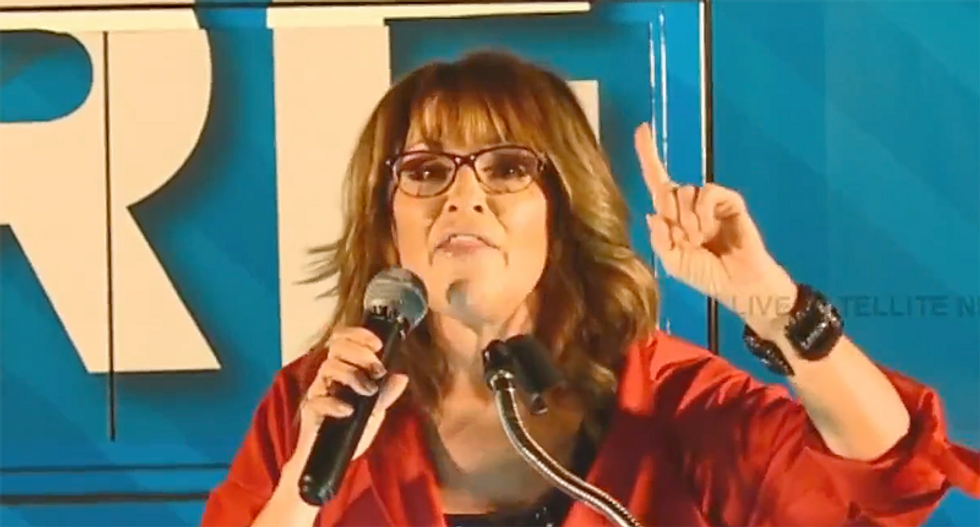 "Judge Roy Moore was deplorable before it was cool to be deplorable!" Palin said of the insurgent Republican who was twice suspended as Chief Justice of the Alabama Supreme Court.

Moore is facing interim Sen. Luther Strange, who was appointed by Republican Governor Robert Bently to serve until September 26 special election for the US Senate seat vacated when Jeff Sessions was confirmed as Attorney General.

"I don't think there's a cooler nickname than 'The 10 Commandments Judge,'" Palin noted, referencing the 2003 controversy that resulted in Moore being removed from office by the Alabama Court of the Judiciary. Moore was suspended as Chief Judge in 2016 and resigned in April while announcing he would be running in the special election.

President Donald Trump weighed heavily upon the rally, which occured immediately after Moore offered lots of red meat in a televised debate.

"We voted for a big beautiful wall and not more amnesty deals," Palin said.

"A vote for Judge Moore isn’t a vote against the president," Palin claimed. "It is a vote for the people’s agenda that elected the president."

Watch Roy Moore trip all over himself during... by sarahburris