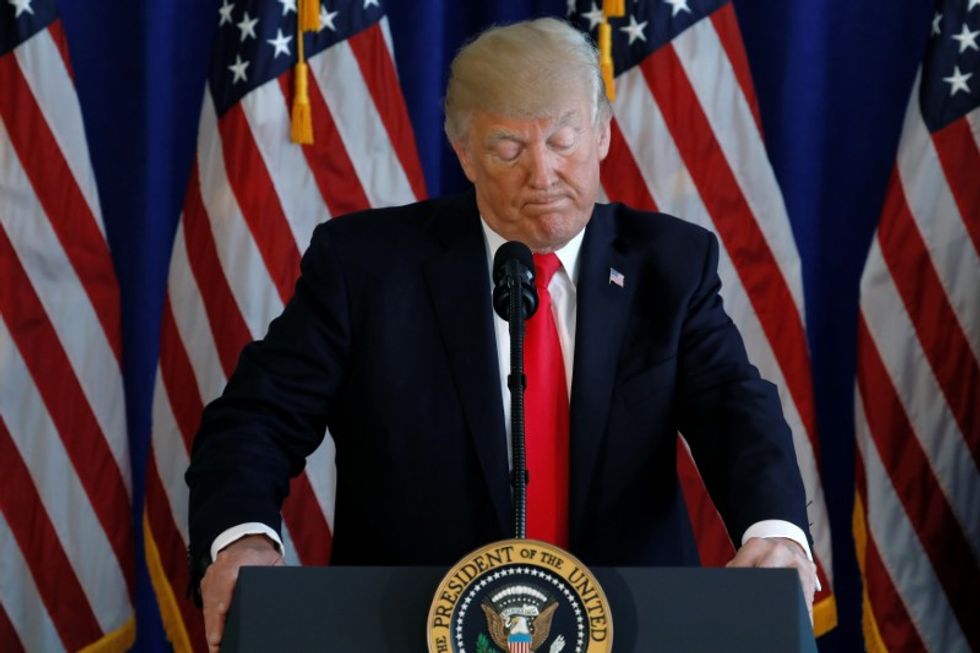 President Donald Trump continued his fusillade of petulant tweets aimed at the people of Puerto Rico and San Juan Mayor Carmen Yulín Cruz on Saturday afternoon while managing to also get in a dig targeting the other objects of his resentment right now, NFL players.

I will be in PR on Tues. to further ensure we continue doing everything possible to assist & support the people in their time of great need.
— Donald J. Trump (@Donald J. Trump) 1506809702.0

Very important that NFL players STAND tomorrow, and always, for the playing of our National Anthem. Respect our Flag and our Country!
— Donald J. Trump (@Donald J. Trump) 1506810415.0

Twitter users were disgusted, angry and baffled that the nation's chief executive could be so childish and petty when 3.5 million American citizens are facing life-and-death circumstances on the island 10 days after Hurricane Maria made landfall.

Remember, as it gets buried by a torrent of spin, that Trump attacked the hurricane-ravaged people of Puerto Rico a… https://t.co/n4e0uTfNJD
— Judd Legum (@Judd Legum) 1506812751.0

@realDonaldTrump People are dying!! You are mentally ill! Resign not only for the sake of the nation but the world!
— Sarah Wood (@Sarah Wood) 1506812441.0