'Take it as a compliment': Joel Osteen tells victims Harvey was sign God 'knows you can handle it' 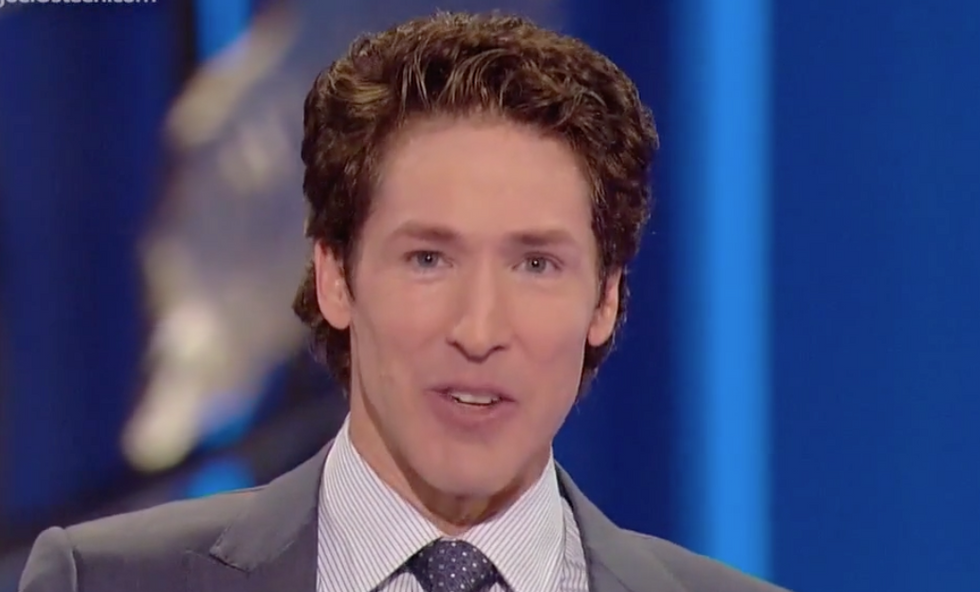 Megachurch pastor and "prosperity gospel" adherent Joel Osteen told victims of Hurricane Harvey that the suffering inflicted upon them by the storm is a "compliment" from God, who sees the survivors as tough enough to "handle it."

According to Mediaite.com, Osteen was preaching his first Sunday sermon since the storm and the controversy that descended upon him when he refused to open his Lakewood Church megachurch premises to house people displaced by the storm.

The week since has been a turbulent one for Osteen, but he assured his flock on Sunday that God is trying them all because he loves them and believes that they are strong enough to persevere.

Believers may send frantic prayers to God demanding that he "fix it right now" in the midst of a storm.

"The reason it may seem like God is not waking up is not because he’s ignoring you, not because he’s uninterested, it’s because he knows you can handle it,” he stated and added that Christians should "take it as a compliment" from God when their lives are impossibly difficult.