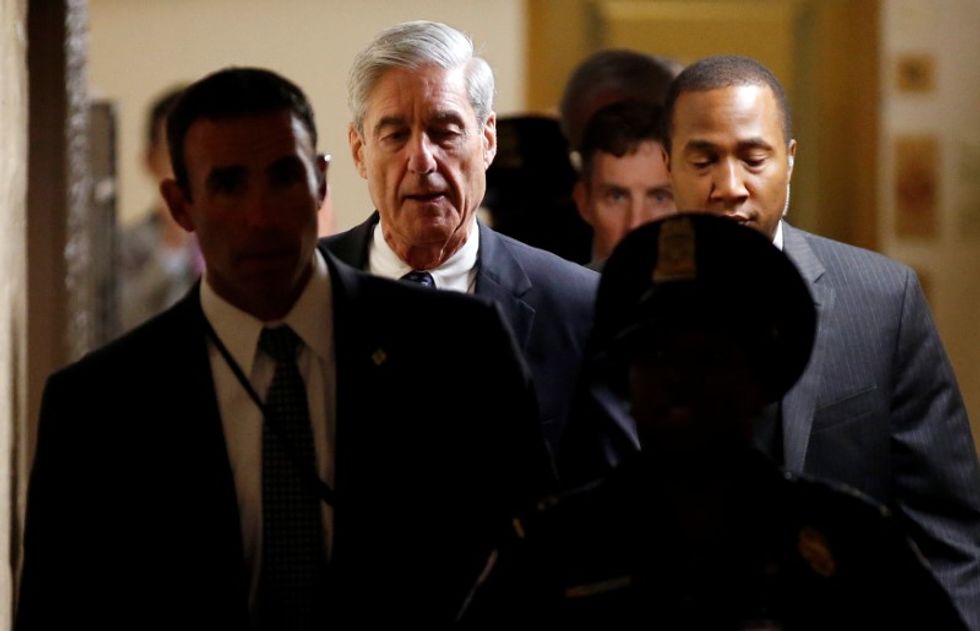 The move reportedly opens a whole new avenue of speculation about what the investigation is finding and where it is leading, said Business Insider on Saturday.

Former federal prosecutor Renato Mariotti told BI's Natasha Bertrand that the warrant "may be the biggest news in the case since the Manafort raid" -- referring to the pre-dawn FBI raid on the home of former Trump 2016 campaign chairman Paul Manafort.

Mueller has obtained a search warrant to investigate "inauthentic" Facebook accounts that are believed to have been operated by Russian-sponsored "troll farms" in and around the former Soviet Union. Rangappa said this reveals two key pieces of information.

"The key here, though, is that Mueller clearly already has enough information on these accounts — and their link to a potential crime to justify forcing [Facebook] to give up the info," Rangappa said. "That means that he has uncovered a great deal of evidence through other avenues of Russian election interference."

Mariotti said that the Facebook warrant "means that Mueller has concluded that specific foreign individuals committed a crime by making a 'contribution' in connection with an election."

The prosecutor continued, "It also means that he has evidence of that crime that convinced a federal magistrate judge of two things: first, that there was good reason to believe that the foreign individual committed the crime. Second, that evidence of the crime existed on Facebook."

The implications for Trump campaign staffers are not good, given that the targeted ads bought by foreign interests were geographically targeted to very specific regions where polling showed Democratic nominee Hillary Clinton was vulnerable.

The granular nature of the targeting, observers say, indicates that someone in the U.S. with intimate knowledge of polling data was helping the Russians. Early indications are the President Donald Trump's son-in-law Jared Kushner may be the U.S. confederate who aided and abetted a foreign power in its effort to disrupt the election.

"It is a crime to know that a crime is taking place and to help it succeed. That's aiding and abetting. If any Trump associate knew about the foreign contributions that Mueller's search warrant focused on and helped that effort in a tangible way, they could be charged," Mariotti explained.