'This is monstrous': Internet shellacs Florida sheriff for ID check and fugitive hunt at hurricane shelters 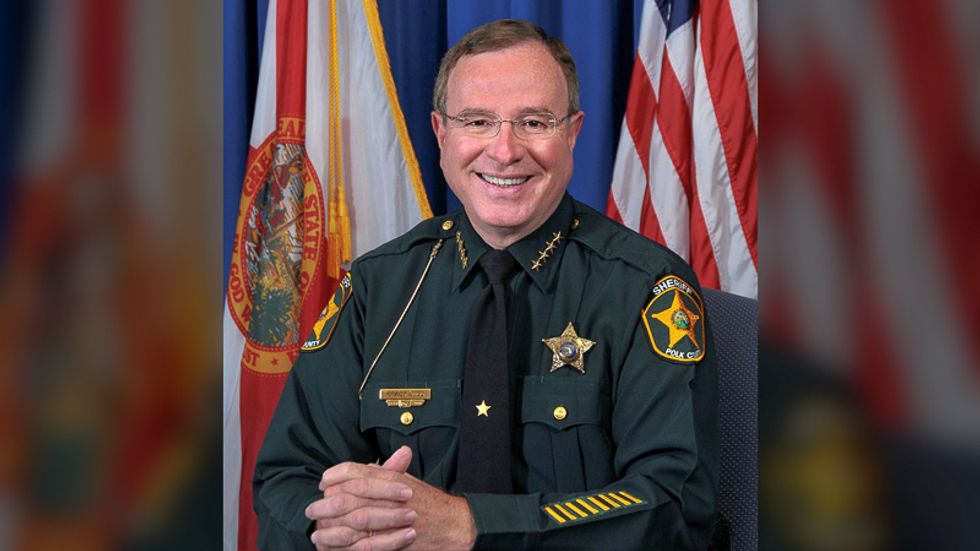 A Florida sheriff stirred up controversy this week after he revealed that deputies would be checking IDs at local hurricane shelters and arresting anyone with an outstanding warrant, which can be issued for something as common as a traffic ticket.

In a tweet on Wednesday, Polk County Sheriff Grady Judd warned that "sworn LEOs will be at every shelter, checking IDs." Judd said that in addition to weeding out sex offenders, officers would be apprehending anyone with an outstanding warrant.

Sheriff’s Office spokesperson Carrie Horstman told the Orlando Sentinel that officers "are legally obligated to take a person into custody if they have a warrant.”

But Judd's warning immediately generated a backlash on Twitter.

Of all the gross things that America has invented and mass-produced, Aspiring Celebrity Tough Guy Sheriffs have to be about the grossest.
— David Roth (@David Roth) 1504711971.0

@pattymo @PolkCoSheriff Yea, getting that justice is definitely worth a few people drowning to death. The police are helping all of us!!
— Navin Johnson (@Navin Johnson) 1504712186.0