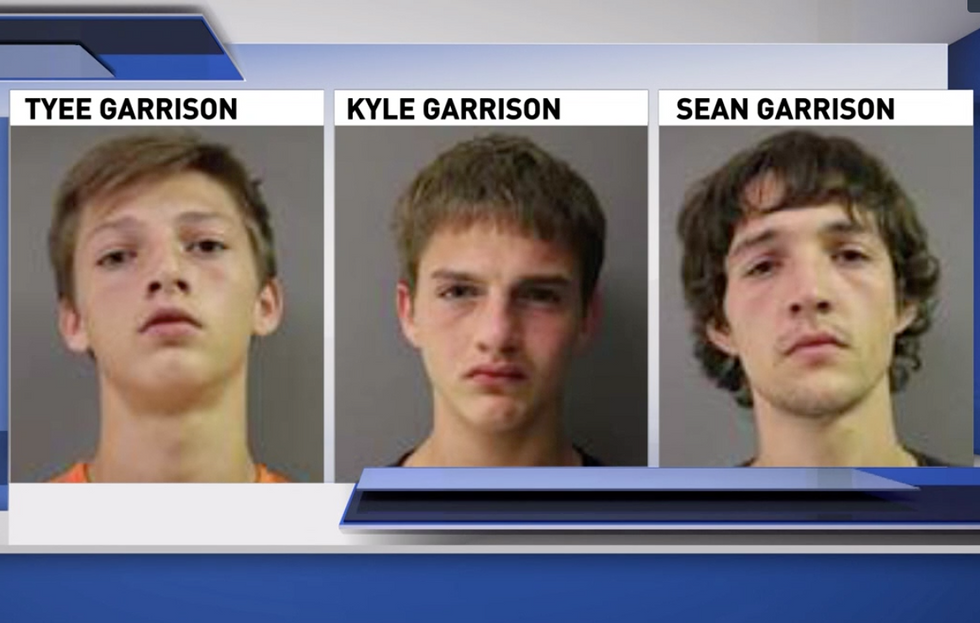 Three brothers from the town of White Settlement, TX are accused of luring a black 18-year-old to a meet-up and shooting him to death in an attempted robbery gone wrong, said The Root on Friday.

WFAA TV reported that 23-year-old Sean Garrison, 18-year-old Tyee Garrison and 17-year-old Kyle Garrison are in custody and each being held at $200,000 bond for the murder of 18-year-old Xavier Olesko of Ft. Worth.

The brothers are expected to be arraigned on charges of capital murder in Olesko's death, which took place on Sep. 18 when he was fatally shot in the chest in front of a residence on Tumbleweed Trail in White Settlement.

It is currently believed that the victim was acquainted with Sean Garrison, who reportedly contacted Olesko wanting to meet. Unbeknownst to Olesko, the brothers planned to rob him at the meeting. However, the robbery went wrong and 18-year-old Olesko was shot dead.

"Witnesses told the police that the teen went to the front of the residence to meet with someone when they heard a gunshot. When Olesko’s friends ran out front, they found the 18-year-old lying on the ground not moving. One of the witnesses called 911," wrote The Root's Breanna Edwards.

Two of the three Garrison brothers have had previous run-ins with police on charges of violence. Sean Garrison was arrested in March on charges of causing injury to a girl younger than 15. Middle brother Kyee was convicted twice of causing bodily injury in 2016.

The Star-Telegram said that a fourth brother, Bryan Garrison, 20, is currently serving a 50-year prison sentence after being convicted of "continuous sexual abuse of a child under the age of 14," according to court records.