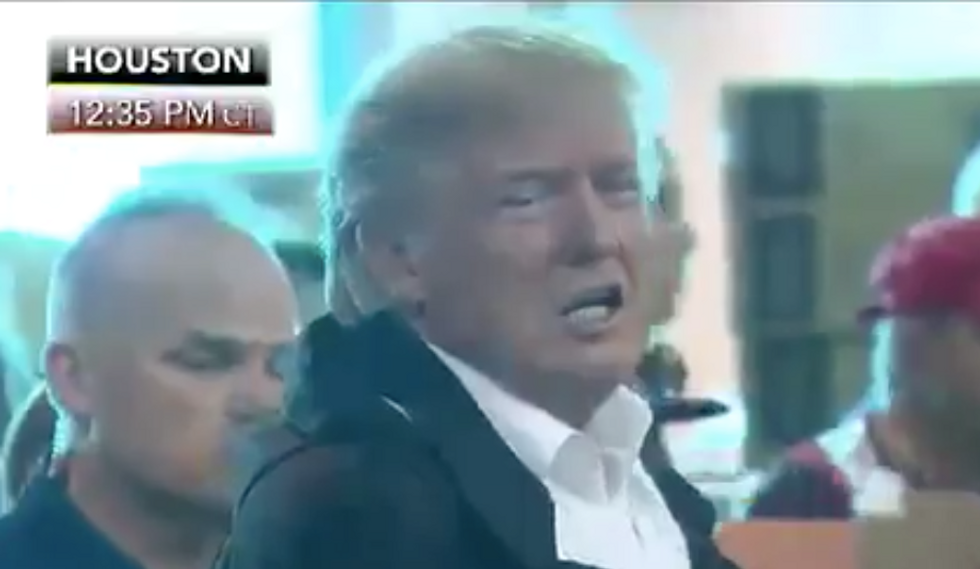 President Donald Trump may have managed to act somewhat more presidential on his Saturday trip to Houston, TX to meet with survivors of Hurricane Harvey, but he couldn't resist a sideways remark at the press about a long-running gripe.

The Hill reported Saturday that while he was donning plastic gloves to help serve food to hurricane refugees, the first pair of gloves he was handed were too small.

"My hands are too big," he said to the assembled scrum of media, referring to a long-running jab from former Spy magazine editor Graydon Carter -- now the editor of Vanity Fair -- who in the 1980s called Trump a "short-fingered vulgarian."

The description must have stung the thin-skinned reality TV game show host turned president, because he has referred to the remark in angry correspondence he's sent to Carter and he brought it up during the Republican primary debate, taking an opportunity to boast to the other candidates and the audience about the size of his penis.