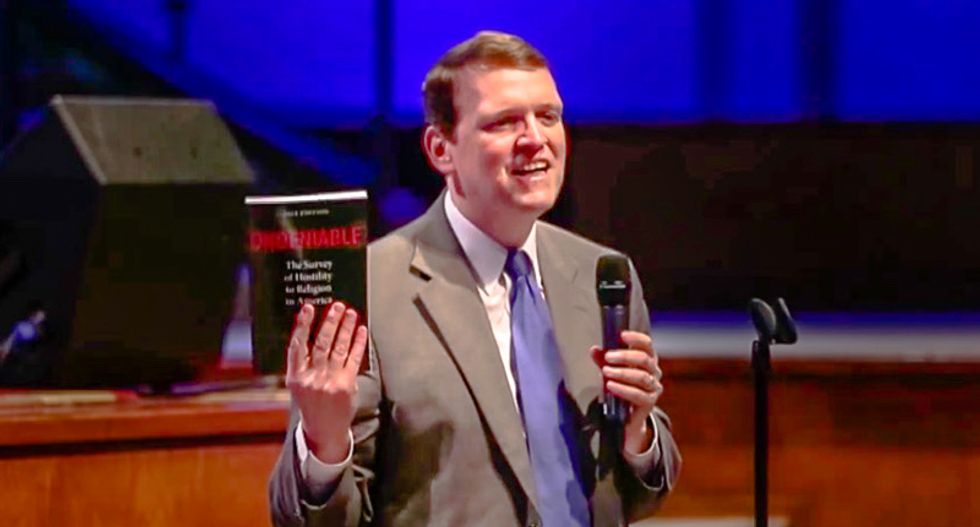 Jeff Mateer, who has been nominated by President Donald Trump for a federal judgeship, advocated debunked "conversion therapy" for LGBT people and called transgender children part of "Satan's plan."

A CNN investigation found that Mateer came under fire from LGBT groups while working as general counsel for a conservative organization known as the Liberty Institute.

According to CNN, the attorney discussed transgender children in a 2015 speech titled "The Church and Homosexuality."

"I've learned words I didn't know. I mean, other than...my assistants here, have you ever heard the word 'throuple'?" he opined. "'Throuple' so that's three people coming together of different sexes, maybe mixed sexes. Them coming together. There are people who marry themselves. Somebody wanted to marry a tree. People marrying their pets. It's just like -- you know, you read the New Testament and you read about all the things and you think, 'Oh, that's not going on in our community.' Oh yes it is. We're back to that time where debauchery rules."

"[T]hat's been outlawed in at least two states and then in some local areas. So they're invading that area," he lamented.

Listen to audio of the speech below.