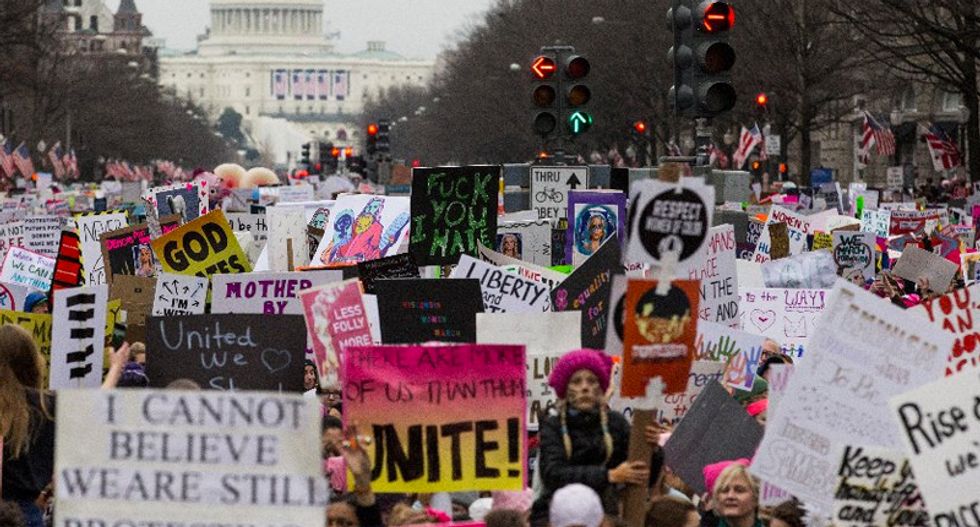 Personal information belonging to thousands of anti-Trump and anti-racist protesters has been released by pro-Trump users on the 4chan message board, BuzzFeed News reports.

The thread, which was posted on Thursday under the subject line "ANTIFA GETS DOXXED," links to an organized Pastebin database full of information about the places of employment, home addresses, telephone numbers, emails and social media accounts of thousands of people involved in anti-Trump protests.

The Pastebin database, the report noted, has been making the rounds in pro-Trump circles online since at least April, when they released the information of roughly 3,000 people. Now, there are thousands more on the list, which has "easily tripled in size."

The information appears to be gathered from a range of sources, including RefuseFascism.org, an organizing platform for anti-fascists, the BAMN pro-immigrant coalition and ShareBlue, a social publishing platform run by former Hillary Clinton staffer Peter Daou.

The text of the database claims that many of the "antifa" whose information they hacked are "predominantly school teachers, programmers and professors." They also claim many are associated with "a major Bolshevik organization," likely referring to people associated with large socialist organizations like Democratic Socialists of America or the Party for Socialism and Liberation.

Claims of a singular "antifa" organization or of "Bolshevik" groups are "basically gibberish," BuzzFeed notes, as there is no unified or centralized group of anti-fascist organizers. This description does, however, push "a popular conspiracy theory on far-right messageboards that anti-fascist activists are actually well-organized agents working for a cabal of globalist elites."

As BuzzFeed notes, "the pastebin file being shared this week seems to actually be part of a larger harassment campaign against anti-fascists and anti-Trump protesters," which includes "leaked" audio claiming to have been recorded at "antifa" meetings and admissions of people infiltrating art and political spaces.