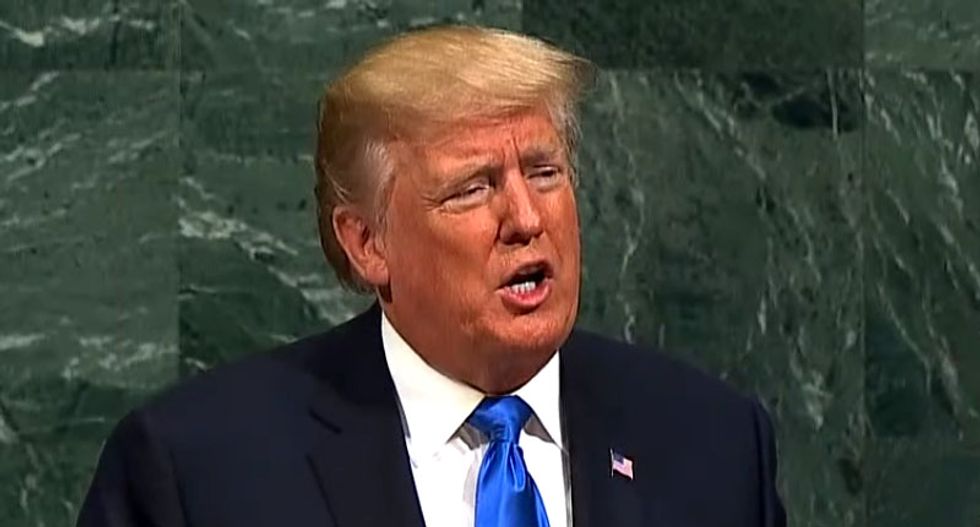 During a luncheon at the United Nations on Wednesday, President Donald Trump reportedly told African leaders that he has "so many friends going to your countries trying to get rich."

Trump: "Africa has tremendous business potential. I have so many friends going to your countries trying to get rich" https://t.co/UrQCwG8HuU

He later referred to the non-existent country of "Nambia" when discussing health crises on the continent. It is unclear if Trump was referring to Namibia or Zambia. There is no country called Nambia.

Trump, at a lunch with African leaders, refers to the non-existent country of "Nambia." pic.twitter.com/N8megnC1Xi