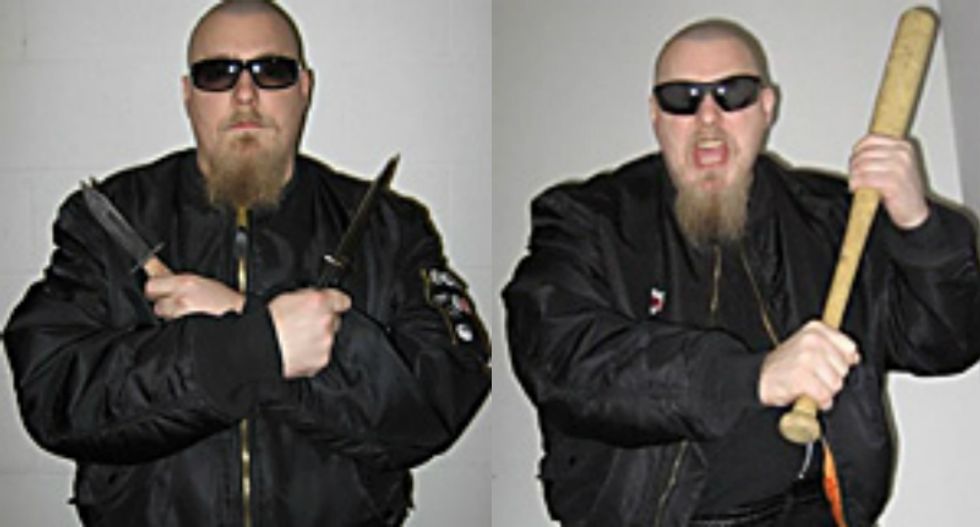 After a Jewish neighborhood in Pittsburgh, Pennsylvania was littered with anti-Semitic and white supremacist fliers for weeks, police finally tracked down the culprit -- and found that he already had a record of violence, neo-Nazi ideology and a weapons cache to match.

According to the Pittsburgh Post-Gazette, Hardy Lloyd, who was recently released from prison for violating his parole from a federal weapons charge, was the man behind the flyers. Once U.S. Marshalls tracked him down, they sent him back to the big house for violating his parole a second time and owning illegal weapons, including "a hatchet, a switch blade and a punch knife."

A 2008 report from the Southern Poverty Law Center detailed Lloyd's background, which included being acquitted of murder charges after he killed his girlfriend Lori Hann "just to watch her die."

He also self-identified as a "fascist," and was actively communicating with other white supremacists online -- another violation of his parole. He has been denied bail in this most recent charge.