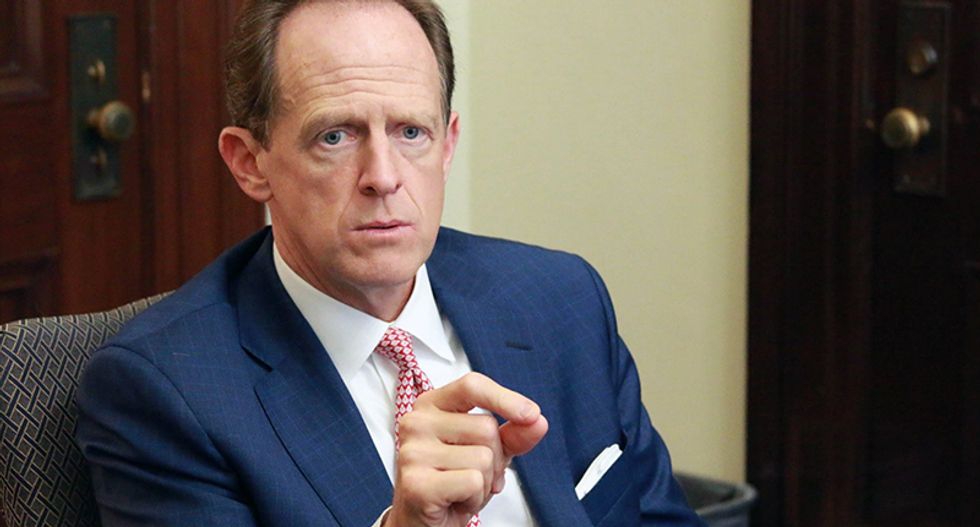 "Toomey answered 20 questions during the hour-long event, one of which ended in Redecki being escorted from the meeting after he suggested that the senator's daughter, Bridget, was abducted while posing a question on immigration," Philadelphia Voice reported. "Radecki took to Facebook afterward to share the full question that came around 40 minutes into PBS39's broadcast."

"Thank you, Senator Toomey, for coming here tonight to hear our questions. I’m assuming you’ve been busy thinking about how to answer our questions, so you haven’t seen the news. Do you know whether you daughter, Bridget, has been abducted?" Radecki wrote.

"Whatever you’re feeling right now, that’s what it feels like to have a daughter deported. Thousands of fathers here in the Valley that live with that fear every day. Their daughters have names, too," Radecki continued. "So here’s my question. Do you unequivocally denounce any attempt by the administration to reverse DACA, which would hang the threat of deportation over hundreds of thousands of children the same age as Bridget?"

"That's a ridiculous question," Toomey responded as Radecki was removed by security.

Following the town hall, Radecki said he was trying to confront the fear that Dreamer's families face.

"What I did tonight was to force Senator Toomey into a place of empathy for the briefest moment in the hope that he would acknowledge the humanity of so many others who live with fear that he is directly responsible for every day," Radecki explained.

Penn Live video of the town hall shows a voter saying the format was "flawed" and didn't qualify as a constructive discussion.