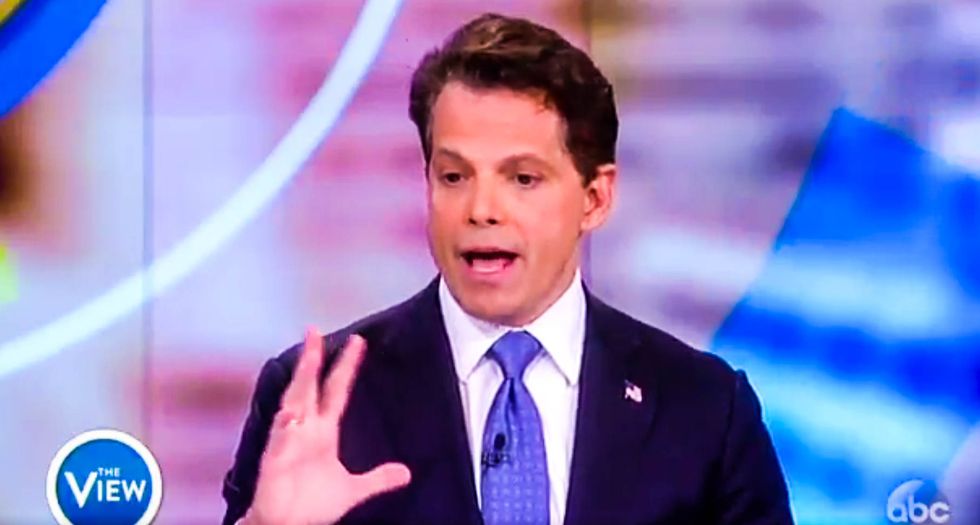 Anthony Scaramucci, the former White House communications director who was fired the his job after just ten days, appeared on The View Friday to spill dirt about some of his former colleagues.

When the topic of former White House political strategist Steve Bannon came up, Scaramucci was not shy about talking about his views on race.

Specifically, Scaramucci said Bannon had white nationalist "tendencies," and he pointed to much of the content posted on Breitbart News as evidence.

"If you read Breitbart, it's got a lot of that white nationalist economic fervor," he said.

Scaramucci said Bannon also had a "messianic complex," and he said that Bannon got upset at Scaramucci for attending the World Economic Forum (WEF) in Davos, Switzerland because it hurt the administration's image as being anti-"globalist."

Scaramucci regularly feuded with Bannon during his short tenure in the White House, and he infamously fumed to New Yorker journalist Ryan Lizza that Bannon was trying to "suck [his] own c*ck" by trying to build his own "own brand off the f*cking strength of the President."