WATCH: Cop slams woman with child in her arms to the sidewalk -- over a parking ticket 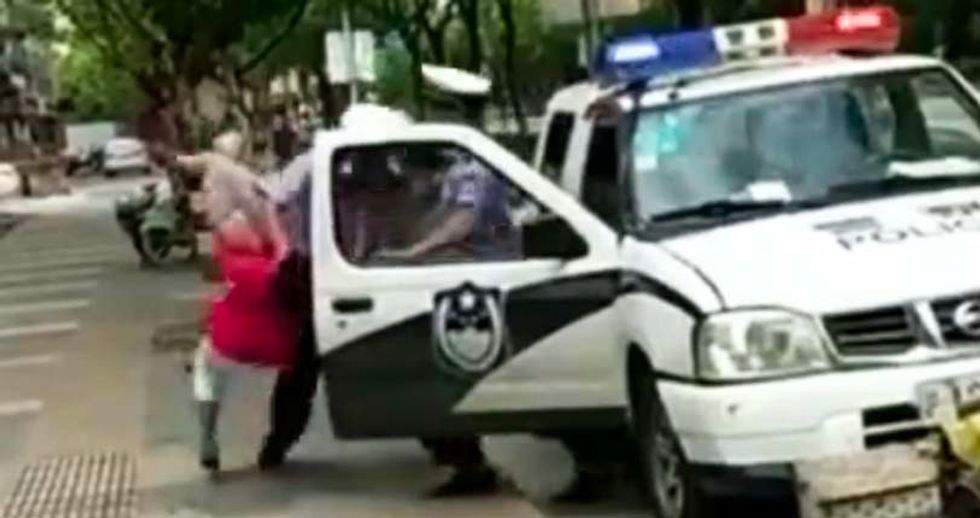 Woman being slammed to ground -- screencapture

A shocking video has emerged showing a police officer getting into a heated argument with a woman, before slamming her and a toddler she was holding to the sidewalk.

According to the Shanghaiist, the unidentified woman approached the officer to question him about an illegal parking ticket, while his partner sat in the squad car.

A bystanders caught the act, which occurred in Shanghai, China earlier this morning, on camera and raced to the aid of the little girl and her mother following the confrontation.

The woman sustained soft tissue injuries to her face and neck. And the little girl had bruises on her arms, as both were immediately taken to the hospital following the incident.