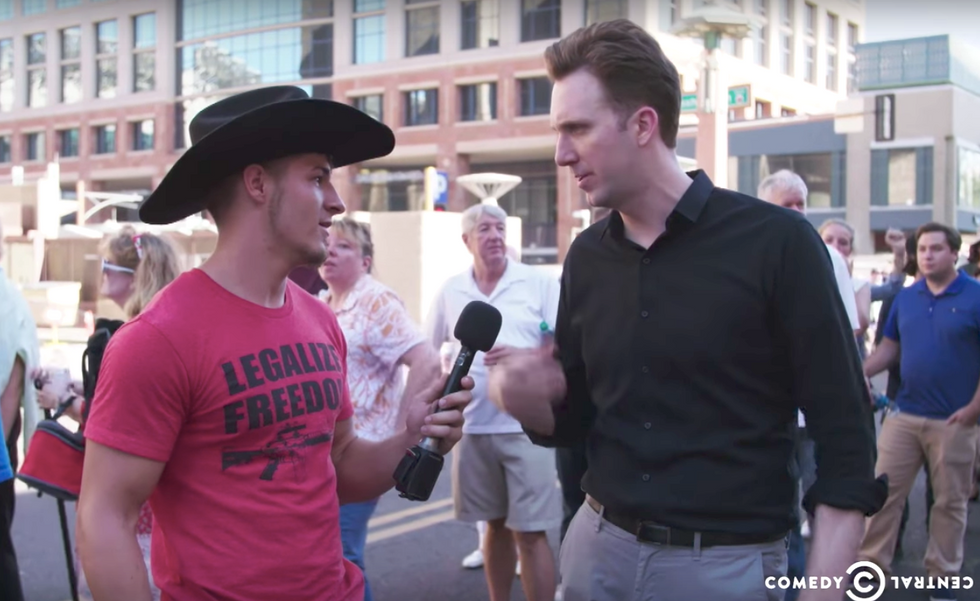 Former "Daily Show" correspondent Jordan Klepper is launching a new series titled "The Opposition," in which he adopts a right-wing persona along the lines of conspiracy-monger Alex Jones and talks to Trump supporters about the issues important to them.

"We're anti-Oprah's Book Club," Klepper told one pro-Trump rally-goer in the trailer for "The Opposition." "We're anti-Pho, not Antifa the movement, but the Vietnamese soup?"

At one point, he encouraged Trump supporters to join in his drive to impeach Hillary Clinton.

"I think we should impeach her," Klepper said to one man in a "Hillary for Prison" T-shirt.

"Yeah, absolutely," the man said at first, then stopped himself. "Now, wait a minute, man."

"Why are you pussyfooting?" Klepper demanded.

Watch the trailer for "The Opposition," embedded below: