WATCH: Texas chemical plant blows up with immense fire spreading to other buildings 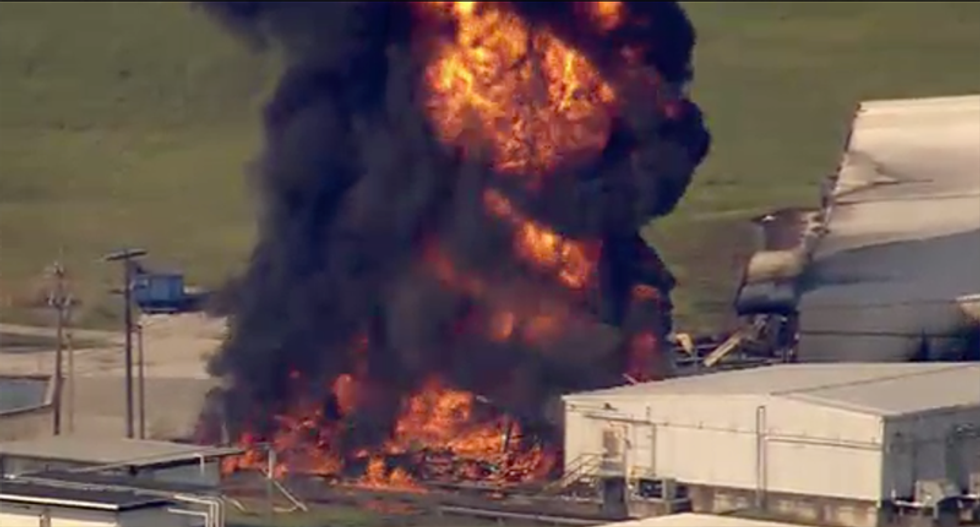 Earlier this week, Crosby, Texas chemical plant Arkema had two explosions after the plant was shut down due to flooding from Hurricane Harvey. A fire has now broken out and it is quickly spreading to other buildings.

The area was previously evacuated due to the hazardous gases being expelled from the plant.

The company was also blasted for lobbying President Donald Trump to lessen safety regulations that may have protected against such explosions.

The company announced Friday it expected more fires in the coming days despite floodwaters receding.