WATCH: Sarah Sanders insists Trump isn’t a liar – and Whoopi Goldberg drops a bombshell on her 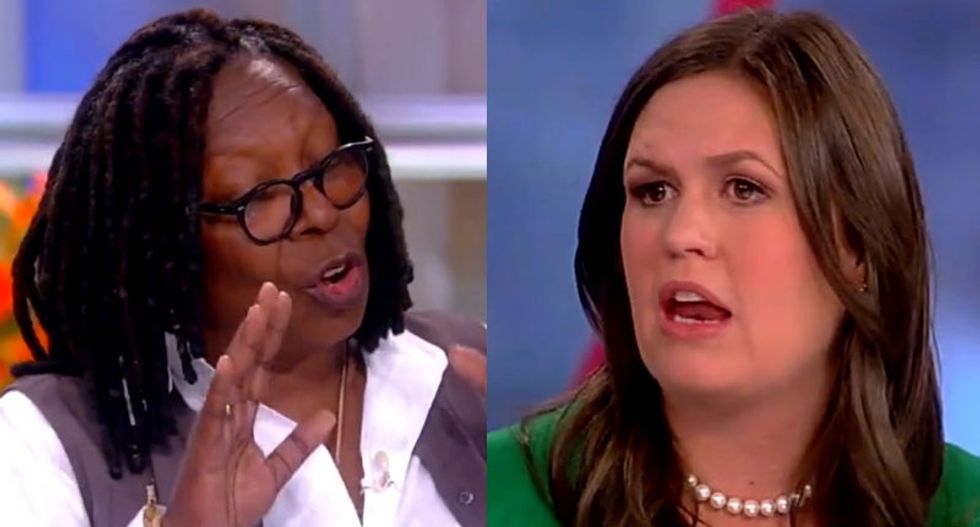 During the discussion, View co-host Sara Haines implored Sanders not to label all of the media "fake news." But Sanders insisted the Trump administration had the right to call out media outlets that published false information.

"Is the media not supposed to report on the fact that 95 percent of what [Trump] says is a lie?" co-host Joy Behar interjected.

"The problem with that, Joy, that is -- you are doing exactly what you're talking about and pushing a false narrative," Sanders shot back.

"No it's not," Behar said. "It's from PolitiFact. It's not just the dreaded New York Times, it is other outlets that say it."

But Sanders insisted that more than 5 percent of what the president said was true.

"You have to get someone in the office who recognizes what the truth is," co-host Whoopi Goldberg told Sanders. "I will take you just to one point we can all agree on -- where was President Obama born and is he an American citizen?"

"I think this has been pretty well addressed," Sanders said.

"That's a narrative that went on forever," Goldberg responded. "And he didn't clear it up until after he was in office."

Goldberg added that between his public statements and his tweets, Trump frequently contradicted himself. "Come on! It's a lie!"