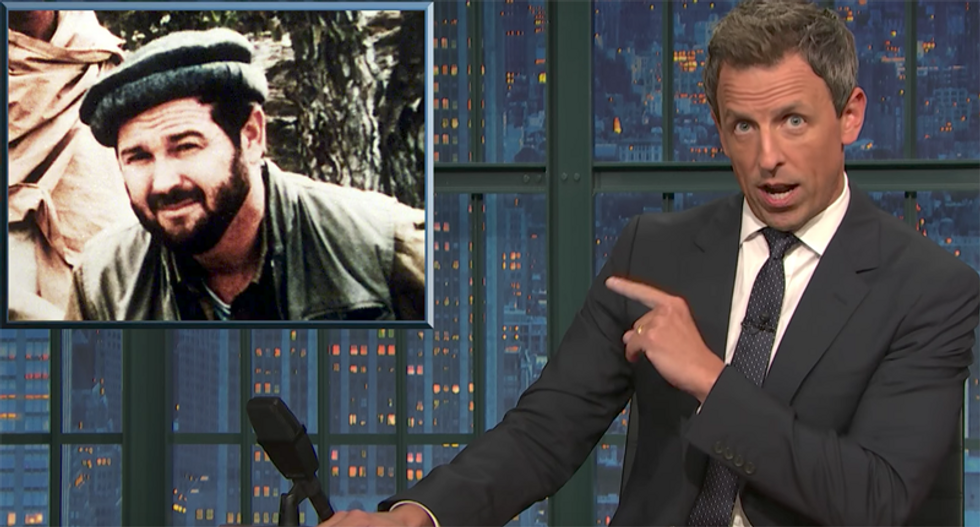 "Republican California Congressman Dana Rohrabacher has been staunchly defending the Russian government against accusations they meddled in our election," Meyers noted. "In fact, he thinks the entire Trump-Russia story is a farce."

"So what makes him so sure?" Meyers asked. "Also, who the hell is Dana Rohrabacher?"

"Why is Rohrabacher taking this controversial stance?" Meyers wondered. "Well, he's been in Congress since the late 1980s and has developed a reputation for being the most Russia-friendly lawmaker, earning him the nickname, 'Putin's favorite congressman.'"

Meyers noted how Rep. Rohrabacher has known Vladimir Putin since he was deputy mayor of St. Petersurg.

"Rohrabacher claims to have lost a drunken arm wrestling match to Putin in the early '90s at a bar in downtown Washington after a game of touch football," Meyers read from an NPR story.

This is where Meyers reviewed Rep. Rohrabacher's views on such topics as dinosaur flatulence.