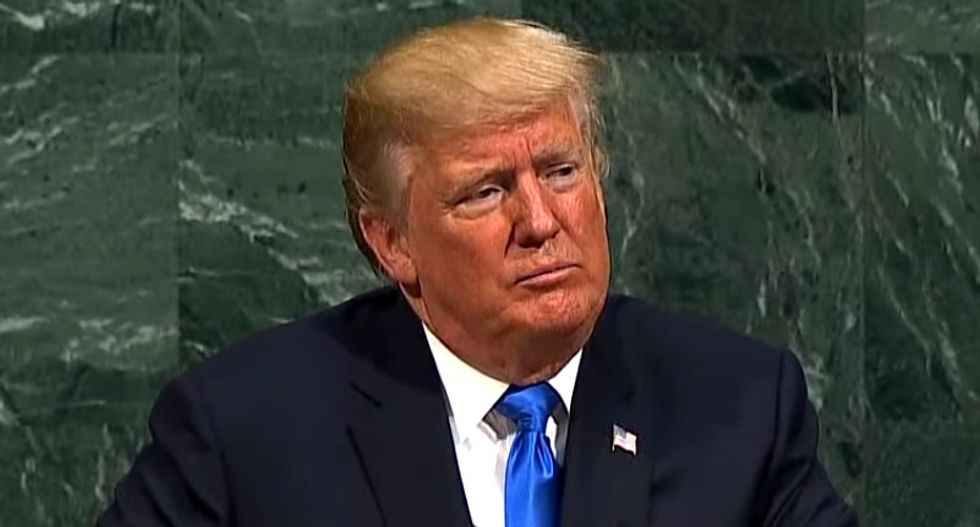 President Donald Trump criticized the collapse of democracy in Venezuela during his Tuesday address to the United Nations.

"I ask every country represented here today to be prepared to do more to address this very real crisis. We call for the full restoration of democracy and political freedoms in Venezuela," Trump said, pausing briefly as the UN members applauded.

Trump again paused, expecting another applause. But he had to wait roughly four seconds before receiving a tepid response.

During his first official address to the UN General Assembly, Trump also delivered a stern warning to North Korea and referred to Kim Jong-un as "rocket man."