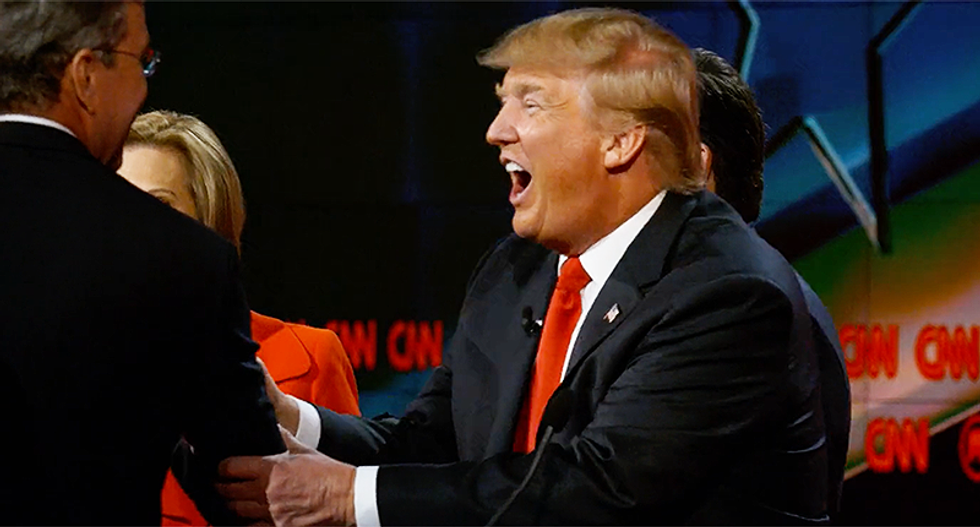 White House staff -- exhausted by their boss's mercurial mood swings and unwillingness to accept any restrictions or guidelines for his behavior -- concede that President Donald Trump's recent attacks on the NFL are downright "nutty," but told The Daily Beast that at least Trump won't start a nuclear war by swapping insults with NFL players.

Political editor Asawin Suebsaeng spoke with multiple senior White House staff who said were "forced to mount full-throated defenses of the president’s prolonged campaign of hate-tweeting the National Football League and its players."

Some senior officials took to the Sunday talk shows while others labored to establish a spin they could live with, settling on the tack that the majority of the American people don't agree with the players or their form of protest. They attempted to minimize the explosive backlash as a "culture war" issue that will play well with the president's base.

One top adviser opined that while Trump's fevered attacks on professional athletes might seem a bit "nutty," for a staff that has weathered many missteps by the president, finding a way to navigate the pushback has become "standard" and practically rote.

Another official told Suebsaeng that at least when Trump is attacking the NFL, he's less likely to cause an international incident than when he is swapping heated insults with North Korea's leader Kim Jong Un.

On Friday night, Trump told a mostly-white audience in Alabama that NFL team owners should give the order to "get that son-of-a-b*tch off the field" when they say players protesting police violence by taking a knee during the national anthem.

A war of words and tweets has raged back and forth ever since, with owners and managers supporting their players' right to free speech, which has sent Trump into a rage. He has called for a boycott and angrily ordered team owners to "fire or suspend" players who speak out.