'We're not going to be dictated to by a racist, fascist white supremacist': Ex-NFLer Chris Kluwe blisters Trump 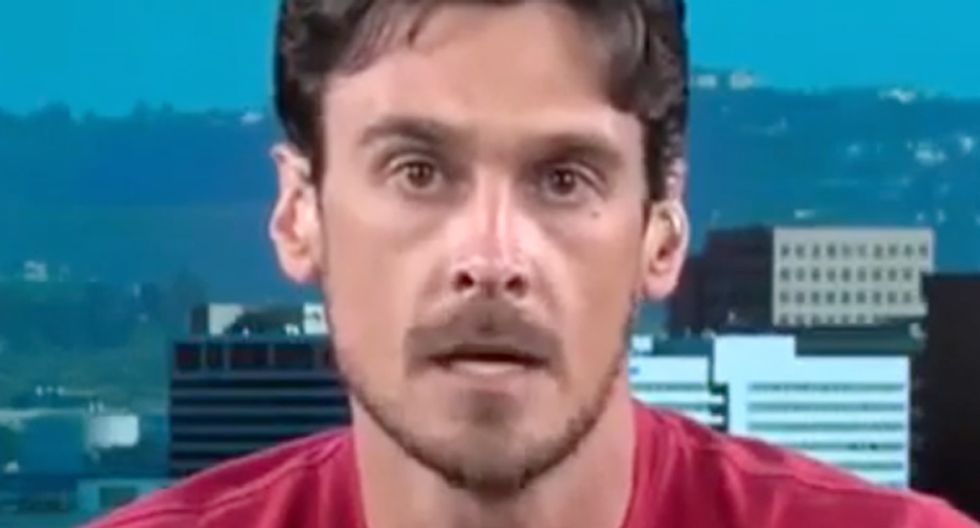 Speaking with host Fredricka Whitfield, Kluwe -- who claims he was banished from the NFL over his own outspokenness -- launched into an attack on Trump over his comments about NFL players taking a knee during the national anthem.

"This display of kneeling at the national anthem on a football field started a year ago with 49er's Kaepernick and now has evolved into something else or perhaps has blossomed into the same thing but in a bigger way," Whitfield stated as she showed clips from various NFL games on Sunday. "Chris, what statement do you see NFL teams, owners, coaches making when they kneel, touch, lock arms on display like this?"

"Well, I think that the players and the teams are saying that they are not going to be dictated to by a racist, fascist white supremacist who currently occupies the highest place in our government," Kluwe responded. "When you look at what Donald Trump has said about speaking out against Nazis, I think it's fantastic that players and owners are now taking a stand in using the platform to speak out against this because this is not what America is."

"America is not a fascist military state where its devotion to the flag above all," he continued. "Right now our nation is not holding up its end of the social contract, especially with communities of color. It should be a baseline right now that you can walk down the street and not get shot by a police officer for carrying a toy gun or for selling cigarettes out of the back of a car. It should not be out of the ordinary to expect that. So I'm glad to see these players and owners taking a stand."

"Communities of color within our nation are not receiving the same level of justice that white communities are," he added. "Black members of our society are far more likely to be put in prison for what white members are able to skate by on. But it's also morphed into a discussion that we have a person in charge of our society that does not understand what it means to wield the American empire, and has shown no willingness to work with minorities, with immigrants, with anyone who is not white, and that is, again, against the heart of what America stands for."