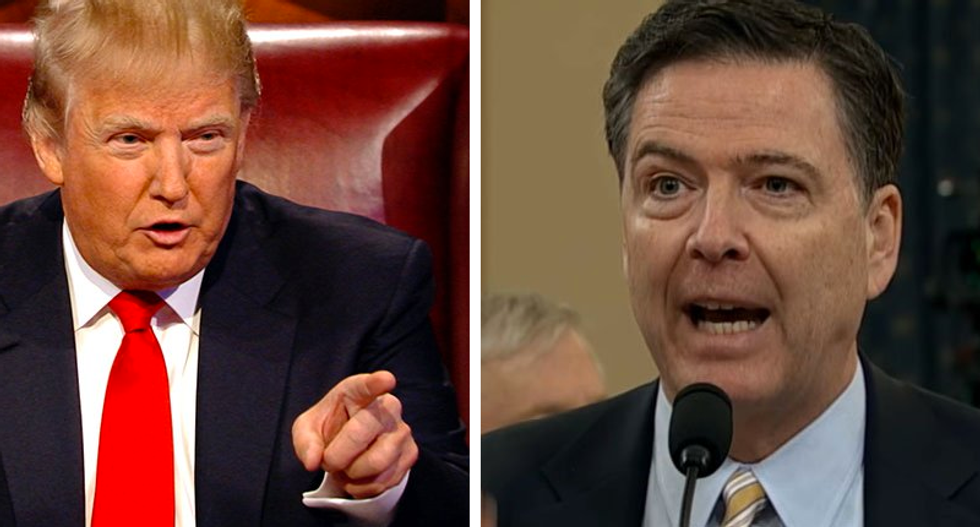 According to the Washington Post, Trump and top aide Stephen Miller had initially planned to fire Comey by sending him a multi-page letter that "enumerated Trump’s long-simmering complaints with Comey, according to people familiar with it, including Trump’s frustration that Comey was unwilling to say publicly that Trump was not personally under investigation in the FBI’s inquiry into Russian meddling in the 2016 election."

However, White House attorneys that reviewed the letter found parts of it problematic, and they instead recommended that the president ask for the input of Justice Department officials in writing a letter that would justify Comey's termination.

"Mueller is likely to look into whether Trump, in consulting the Justice Department’s top two officials, was seeking a pretense to remove the FBI director or, as some White House advisers said Friday, he was simply persuaded by his staff that their opinions should play a role in the process," the Post writes.

When Trump first fired Comey earlier this year, the White House had tried to claim that Trump only fired Comey after receiving a recommendation that he do so from the DOJ. Trump, however, contradicted this story when he revealed days later that he would have fired Comey regardless of what the DOJ told him.