'Why she should not be prosecuted for murder?': Alabama attorney general candidate doxxes abortion provider 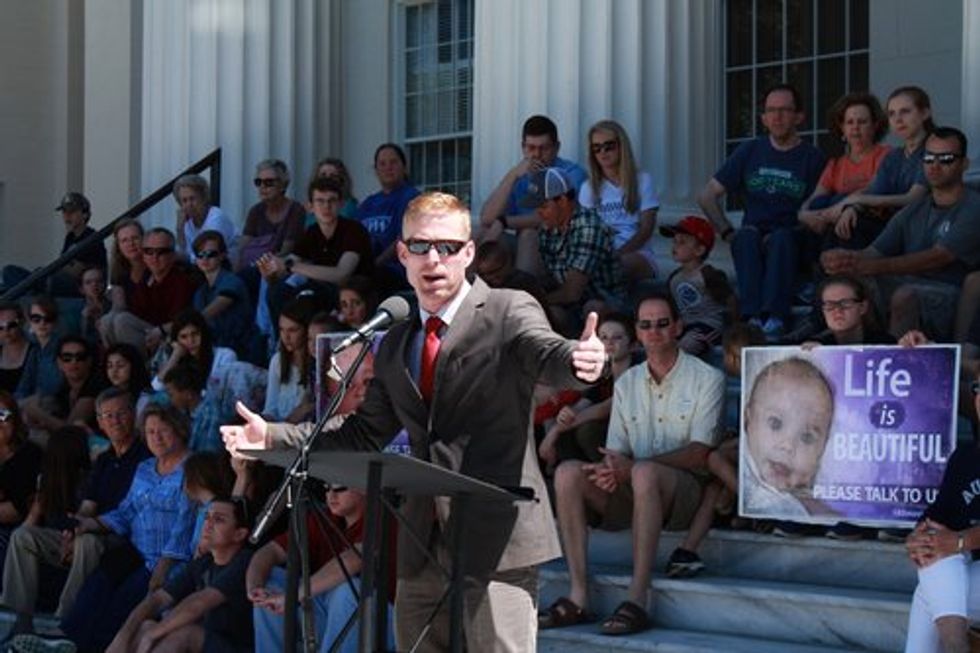 A man vying for the position of top cop in Alabama toed the ethical line this weekend when he revealed personal information about an abortion provider.

As Hemant Mehta of The Friendly Atheist reports at Patheos, Sam McLure, an Alabama attorney general candidate, linked to a site that "doxxes" or reveals contact and personal information of abortion providers in the state to promote his hard-line anti-abortion agenda.

"This woman killed babies on Friday in Montgomery," McClure's Facebook post linking to an abortion doxxing website read. "Can anyone publicly defend why she should not be prosecuted for murder?"

As Mehta points out, McLure's platform for Alabama's AG appears to be built entirely on anti-abortion rhetoric. In another post on his campaign page, he claims legalized abortion is a myth.

"In other eclipse news," McClure wrote the day of the total solar eclipse, "Alabama's insane addiction to Fed $ is only overshadowed by the urban legend that Roe v Wade is the law of the land."

McClure is a member of the Alabama chapter of the Constitution Party, a Republican group that pushes a pro-Christian agenda.

Along with running for AG, McClure is president of the Birmingham-based Adoption Law Firm and anti-abortion group Proposal 16.

Watch a video of McClure discussing his beliefs below, via his campaign Facebook page.