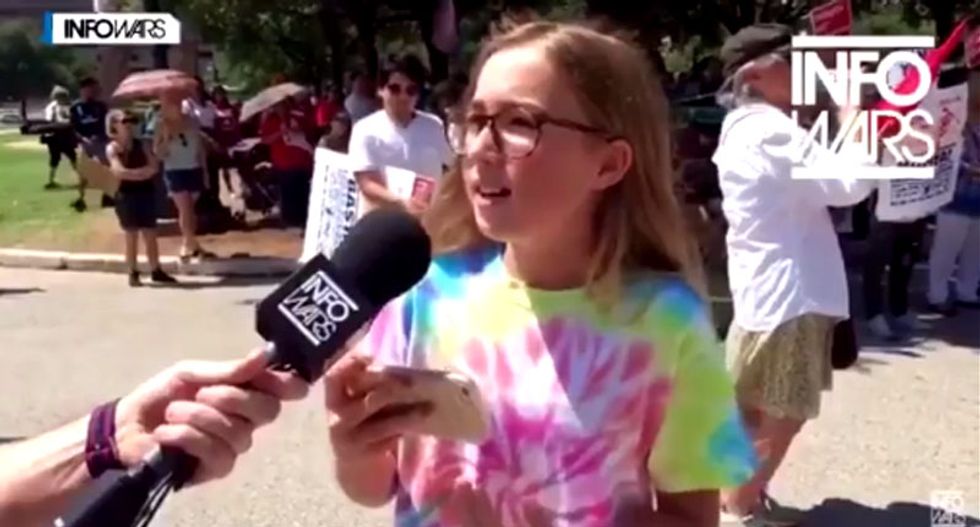 At a recent protest, Shroyer walked up to a young girl and shoved a microphone in her face, asking "How are you young man?"

"Um, you're a f*cking idiot," the girl responded.

"Wow, who taught you that language?" Shroyer replied.

Kids telling Infowars they're fucking idiots is my favorite kind of content pic.twitter.com/dRneam1BWm