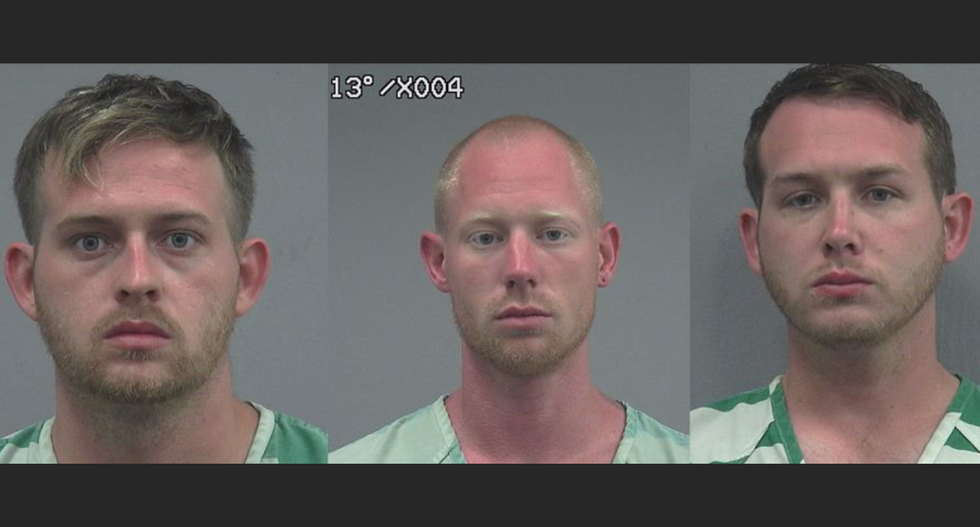 Tyler Tenbrink, William Fears and Colton Fears—two of whom police say have known ties to extremist organizations—are being held in the Alachua County Jail on charges of attempted homicide after allegedly firing on another group of people during a violent encounter shortly after Spencer’s speech.

According to police, the trio argued with and threatened a group of protestors demonstrating against Spencer, who was addressing a small crowd at the University of Florida Phillips Center for Performing Arts.

The men reportedly began threatening to “f*cking kill” and “shoot” the protestors, before eventually offering the Nazi salute and shouting "Hail Hitler.” Police say Tenbrink, a convicted felon, fired the shot. One of the protestors managed to write down the license plate of the silver Jeep the three men were riding in.

"I am amazed that immediately after being shot at, a victim had the forethought to get the vehicle's license number," Gainesville police spokesman Officer Ben Tobias said. "That key piece of information allowed officials from every level of multiple agencies to quickly identify and arrest these persons. This was an amazing team effort by everyone involved."

William and Colton Fears are being held on $1 million bond, Tenbrink’s bond has been set to $3 million.