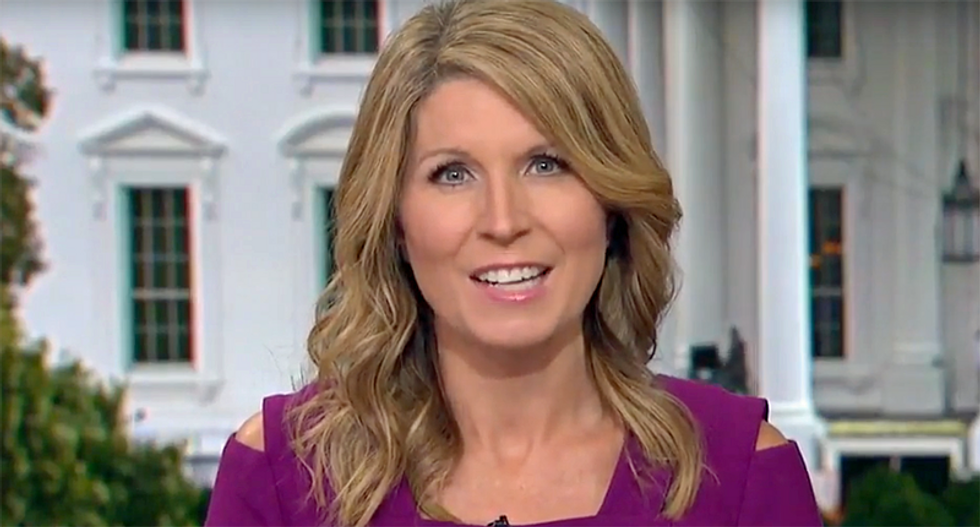 "It's interesting we have tried to get inside the White House over the last few days to really understand what has been motivating the president's apparent public rage and found a familiar story, which is that he's been fuming, he's been upset, he's been brooding over a number of issues and one Trump confidant actually compared him to a whistling teapot and said that if you don't let him blow off a little bit of steam, he turns into a pressure cooker and explode," Rucker explained.

"And that right now the president is in pressure cooker territory," Rucker continued.

Wallace then played tape of President Trump denying he undercut Secretary of State Rex Tillerson with his IQ joke.

"I didn't undercut anybody, I don't believe in undercutting anybody," claimed President Trump, while sitting next to Henry Kissinger.

Wallace, who earlier said it was safe to refer to Secretary of State Tillerson as "embattled" wondered if an intervention might be coming.

"What I heard today from a Trump ally is that once Trump takes it to Little Marco, my IQ is bigger than his IQ, he's clearly sort of broken the barrier, he's in the trash talk territory and it's very difficult for anyone to pull him back until those tactics are seen to have failed," Wallace noted. "And we have some proof points today, with his poll numbers I think plunging in rural counties with his legislative agenda -- we haven't even talked about how dead it is, but it is quite dead -- we really just see the president sort of stuck in the mud."

Do you sense any intervention is imminent or do you think the president is just having his way on Twitter while everyone spins around him trying to contain the crisis?" Wallace asked Boston Herald chief Washington reporter Kimberly Atkins.

"I think in part the intervention is the cause of this, I mean I think as Phil said, I also have heard Republicans who have expressed a concern that the more John Kelley sort of creates more stability and structure within the workings of the White House, the more that sends the president to express his frustration," Atkins explained.

"I think I'm the only one at the table with a 5-year-old, but dealing with Trump is parallel to raising toddlers," Wallace, a former top White House staffer, suggested.

"Let me just say that the reason we cover his mood is because a close Trump ally today told me, that while he's likely to do something dramatic and reckless to distract from things he doesn't like in the news, he thinks it's more likely to be that he would rip the country apart, not that he would launch a nuclear war in North Korea," Wallace explained. "I think we cover his state of mind, because everyone is afraid of what he might do in this state of mind."