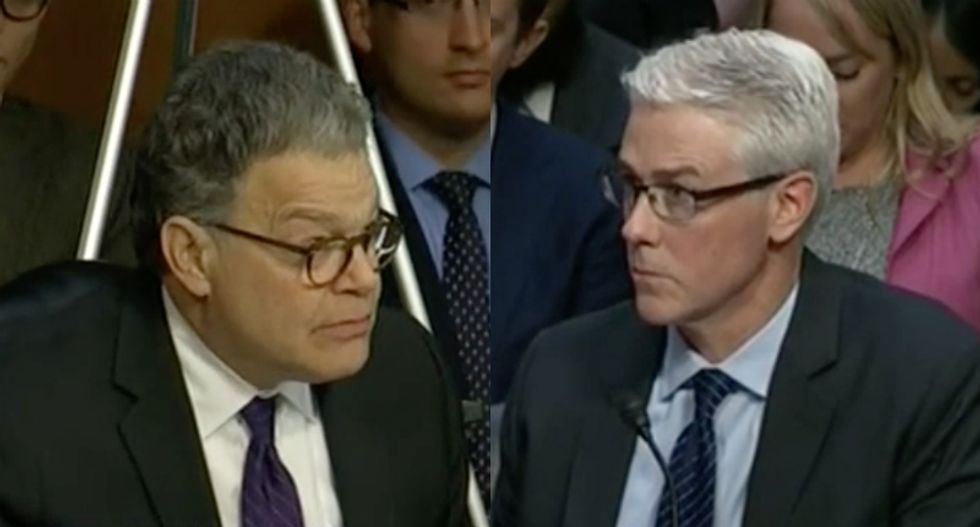 In perhaps the tensest moment during the Facebook, Twitter and Google testimonies before the Senate Judiciary subcommittee, Sen. Al Franken (D-MN) grilled Facebook Vice President and General Counsel Colin Stretch over how they missed Russia's massive ad buys paid for in rubles.

"How did Facebook, which prides itself in connecting data points, somehow not make the connection that electoral ads paid for in [Russian] rubles were coming from Russia?" Franken inquired.

"I think in hindsight, we should have had a broader lens," Stretch responded. "There were signals we missed."

Stretch continued his remarks, but Franken cut him off.

"People are buying ads on your platform with rubles, they're political ads," Franken said. "You put billions of data points together all the time, that's what I hear that these platforms do, they're the most sophisticated things invented by man, ever. Google has all knowledge that man has ever developed. You can't put together rubles with a political ad and go, 'hmm, those two data points spell out something bad?'"

After Stretch said that "in hindsight, it's something [Facebook] missed," Franken sighed, put his head in his hands, and asked him directly if the company will "commit to not accepting political ads paid for with foreign money in the future?"

Rather than answering directly, Stretch brought up the company's authorization documentation requirements, which appeared to anger Franken.

The back-and-forth between the two continued until Franken was out of time, and was not permitted to have more time to grill the Facebook legal counsel.

Check out the tense exchange below, via CSPAN.