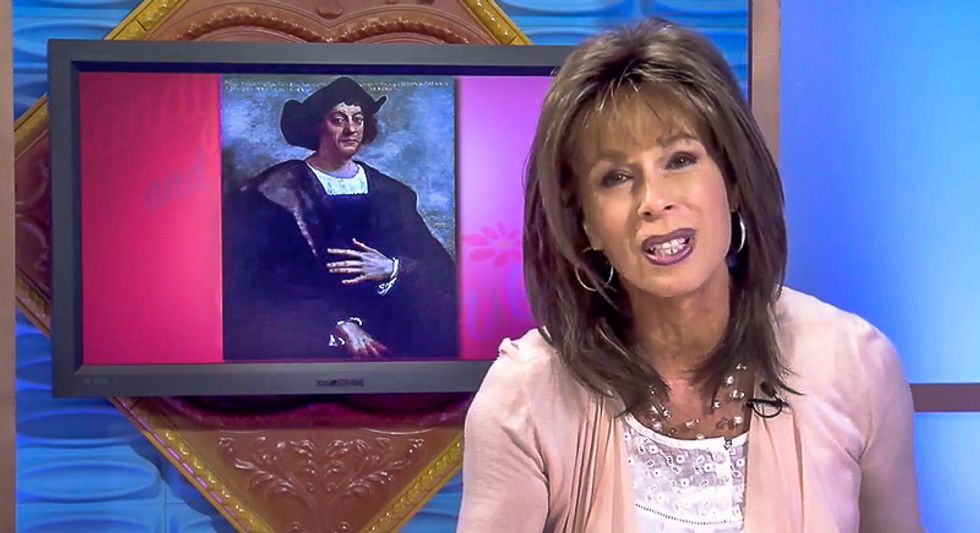 An Arizona television host complained on Monday about the political correctness surrounding a holiday named after Christopher Columbus, who many see as a symbol of the genocide and oppression that European cultures brought to the New World.

"There you are, my friends. Hey and happy Columbus Day!" Moss said at the top of her show. "Whoops. I mean, I think it's like Indigenous Peoples' Day. It's so crazy. We don't know anymore!"

"Since 1937, it's been Columbus Day, saying, Columbus discovered America -- that's what I learned in school," she continued. "He did not discover America, people. Even beyond the indigenous people, people from Spain and France had already been here."

"But he did colonize it, which unfortunately means pretty much slaughtering the -- okay, we'll say mass genocide, that's nicer -- of the indigenous peoples."

According to Moss, people are now saying "we shouldn't celebrate this dude, we should celebrate the indigenous peoples."

"So, hey, I don't know," the host added. "I think it's going to be indigenous peoples [day] so celebrate everybody! Okay? Happy Indigenous Peoples' Day!"

Watch the video below from KAZT.