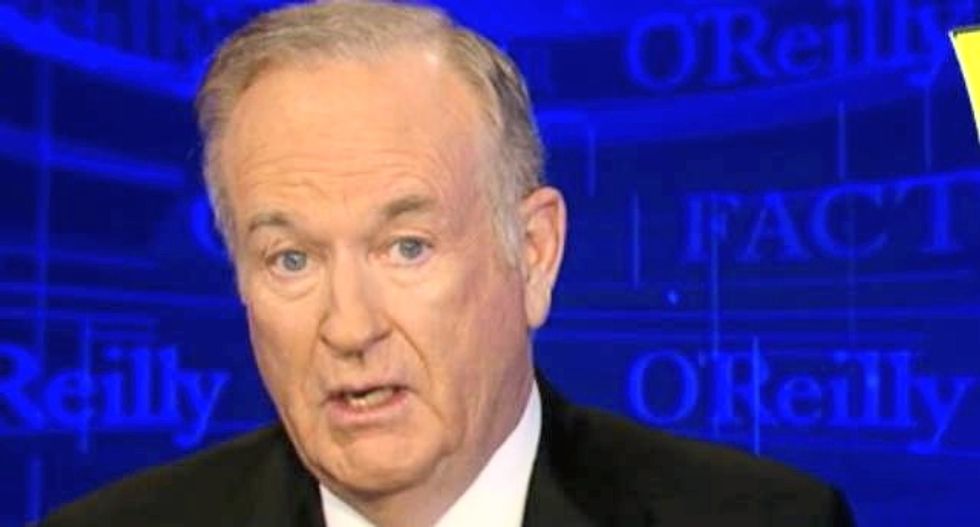 Disgraced former Fox News host Bill O’Reilly added another figure to the cadre of people he holds responsible for his alleged sexual misconduct, telling listeners of the web series “No Spin News” that he also blames God for how the events transpired.

O’Reilly was discussing a recent New York Times report that revealed the former Fox News host paid out $32 million to settle a sexual harassment claim by longtime Fox News legal analyst Lis Wiehl. O’Reilly repeated his frequent claim that the Times report is the product of a media machine bent on his destruction.

“If they could literally kill me, they would,” O’Reilly said, later arguing the Times published this yet another account of his alleged misconduct because “we didn't kill him, so we've got to kill him again."

"If I die tomorrow and I get an opportunity, I'll say, 'Why'd you guys work me over like that? Didn't [you] know my children were going to be punished? And they're innocent,'" he continued. "But then I think about people who have it much, much rougher than me. And you know, I'm a big mouth. I'm a target. They're not targets.”

"So they came back with another bunch of garbage,” he said of the Times. “I talked to them this time just to see the devil that I was dealing with. And I truly believe that these people at the New York Times are out to hurt people with whom they disagree. They don't want me in the marketplace. That's what this is all about."