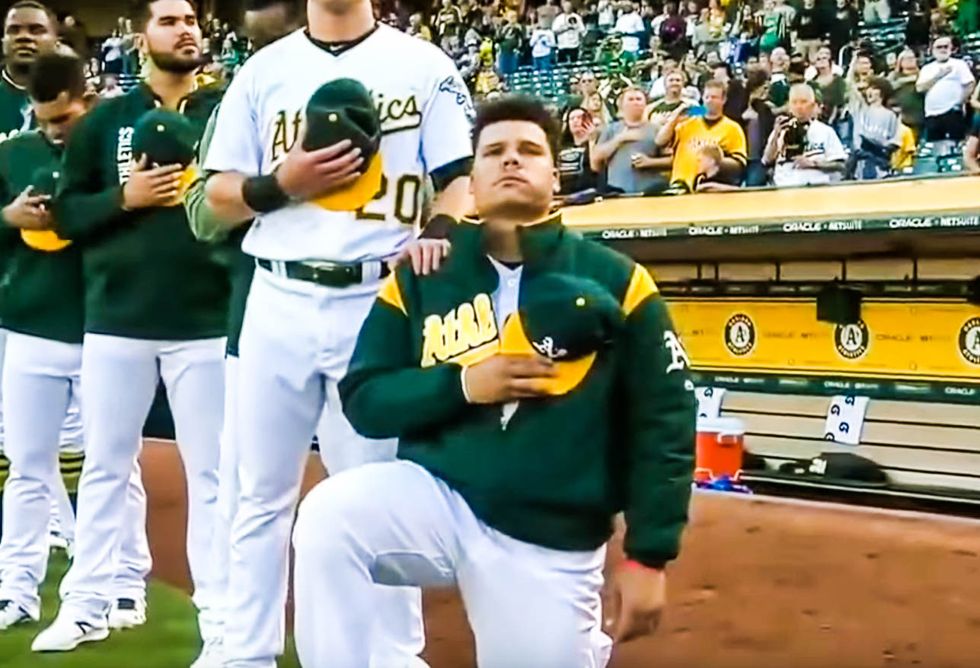 Bruce Maxwell, a catcher for the Oakland Athletics who knelt during the national anthem to protest police violence against black Americans last month, is claiming that a white waiter in Alabama refused him service over his decision to take a knee.

TMZ reports that Maxwell, an African American who was born on a U.S. military base in Germany before growing up in Alabama, was at a restaurant in the state having lunch with his city councilman in his hometown of Harvest, Alabama. While in the restaurant, a waiter recognized him and confronted him about his decision to kneel during the anthem.

"He was like, 'You're the guy who took the knee? I voted for Trump and I stand for everything he stands for,'" Maxwell tells TMZ.

Maxwell complained to the restaurant's manager, who assigned a new waiter to give them service.

Maxwell says that, even though he's received some backlash for his decision to take a knee, he's also received statements of support from current and former baseball players, including Coco Crisp, Torii Hunter, Dusty Baker and Adam Jones.