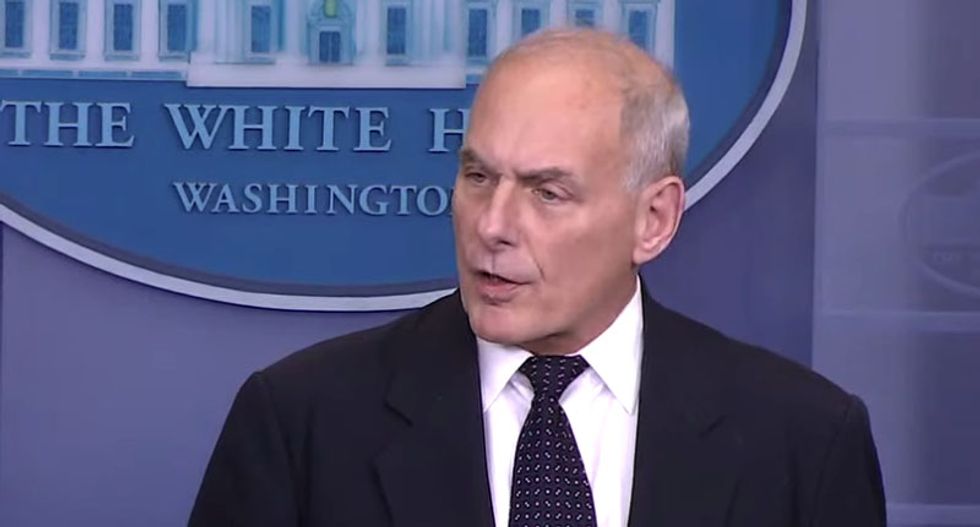 The women of the Congressional Black Caucus on Sunday demanded that White House chief of staff John Kelly apologize for his attack on Rep. Frederica Wilson (D-FL).

Kelly last week lashed out at Wilson after the congresswoman revealed a phone call between President Donald Trump and the pregnant widow of U.S. Army Sgt. La David Johnson.

"Congresswoman Wilson is a woman of impeccable integrity and a dedicated public servant," they said in statement. "She is a highly respected Member of Congress who has demonstrated extremely competent leadership on a number of important issues, and we are especially proud of her fearless and uncompromising leadership to fight for the release of nearly 300 Nigerian school girls who were kidnapped by the terrorist group Boko Haram.

“We were appalled by White House Chief of Staff John Kelly’s statements where he called Congresswoman Wilson an ‘empty barrel’ and accused her of taking credit for securing funding for a new FBI Building in Miramar, Florida that was named after two fallen FBI agents, Benjamin Grogan and Jerry Dove. A video of Congresswoman Wilson’s comments on that day has been released, and it provides indisputable proof that she never made any of the statements of which General Kelly falsely accused her."

Kelly blasted Wilson last week, accusing her of taking credit for getting funding for an FBI facility. But video shows that she did not take credit for funding the building.

“General Kelly’s comments are reprehensible," the statement added. "Congresswoman Wilson’s integrity and credibility should not be challenged or undermined by such blatant lies. We, the women of the Congressional Black Caucus, proudly stand with Congresswoman Wilson and demand that General Kelly apologize to her without delay and take responsibility for his reckless and false statements.”