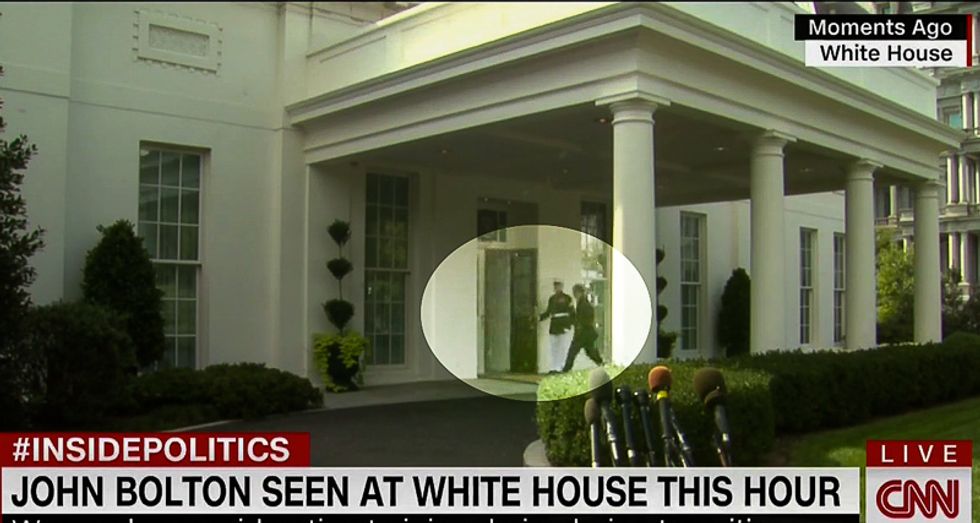 John Bolton, a controversial former acting ambassador to the United Nations, was seen entering the White House West Wing on Tuesday as President Donald Trump was meeting with Secretary of State Rex Tillerson.

Bolton, whose name has been floated as a replacement for Tillerson, drew the ire of Democrats in 2006 when President George W. Bush expressed intentions to nominate him as ambassador to the United Nations. Bush eventually made Bolton the acting ambassador after Democrats hinted that they would derail his nomination.

Earlier this year, Bolton complained that he was no longer being allowed to visit the White House for an audience with the president.

But that dry spell appears to have recently ended for Bolton after reports suggested that Tillerson called Trump a "moron" and threatened to quit.

Watch video of Bolton walking into the West Wing below.