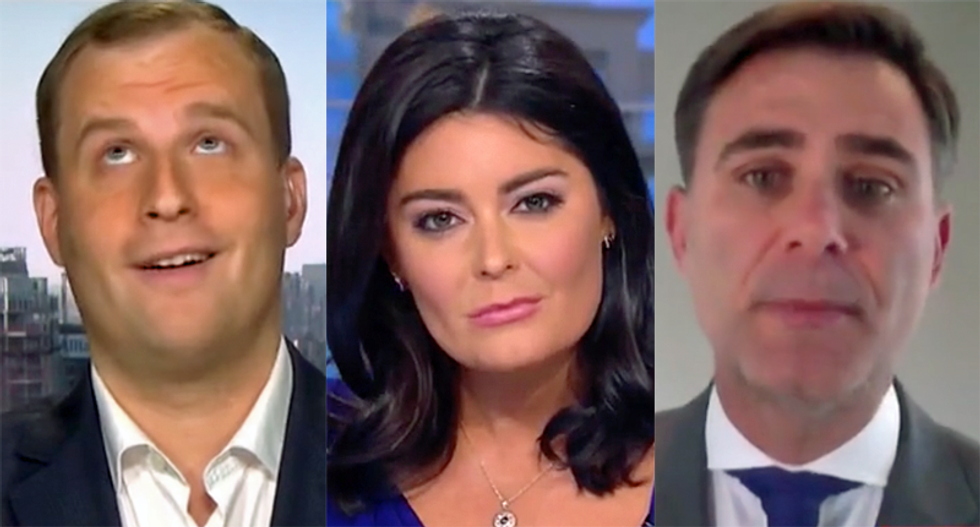 Two prominent Republican cable news commentators got into a shouting match on CNN's "New Day Saturday" over the state of the Republican Party during the presidency of Donald Trump.

GOP strategist Evan Siegfried and former South Carolina Republican Lt. Governor André Bauer couldn't agree on whether their political party is up or down right now.

Bauer argued that the Republican Party is "experiencing growing pains" as reflected in 2016 election results, while Siegfried noted the increasing weakness of the party with younger millennial voters during the timing Trump has been in office.

"We're becoming more and more isolated and pulling back the party is contracting and the future is in serious trouble," Siegfried admitted.

"More of my friends 34-and-under turn to me and say, 'what does the Republican Party offer me?' I can't walk into a room and try to recruit millennial voters...when Donald Trump goes out and defends people who are carrying tiki torches in Charlottesville. In fact, that's the only group we've grown with, if you're running around saying, 'you will not replace us' the Republican Party is already starting to sound like an attractive place," Siegfried worried. "It's not attractive for anybody else."

"I'm sorry, that's a bunch of malarkey as Joe Biden would say," Siegfried responded. "It's scapegoating."

"Nobody is denouncing this, this is absolutely despicable behavior," Siegfried concluded.