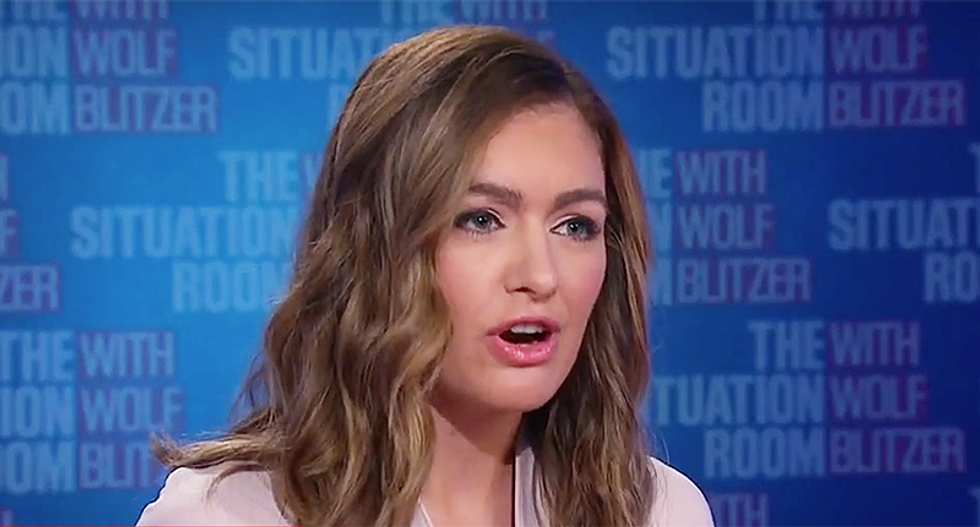 During a Friday CNN panel, the guests couldn't help but notice that President Donald Trump's latest allegations sound like something out of a Kindergarten class.

The New Yorker's Ryan Lizza explained that every time Trump puts out a "gaslighting" tweet like the one he did this morning, that it is important for the media to "call an apple an apple" while Trump is calling it a banana. His comment comes after CNN launched a huge ad campaign against so-called "alternative facts."

Former CIA officer Phil Mudd said that it could be that there is a coordinated campaign to undermine special counsel Bob Mueller and his investigation. However, Mudd explained that it might be more complicated.

"I think this story is more treacherous," Mudd began. "What is happening here the American people don't necessarily trust the Congress or the executive branch, whether it's [former President Barack] Obama or President Trump. They do trust the rule of law. I think the set-up is if Robert Mueller ever walks up to a microphone saying that he is involved, he is going to say it's wrong and we're opposing it."

"It makes sense they would want to spin this in their favor, push the attacks of the defense against the president and also muddy the water with the Hillary Clinton issue," she said. "And just to go back to the president's tweet for one moment saying that Hillary Clinton clearly colluded with Russia, not his campaign. It reminds me of that moment in the debate where Hillary Clinton accused the president of being a puppet of Vladimir Putin and Russia, and he said 'No, I'm not a puppet. You're the puppet.'"