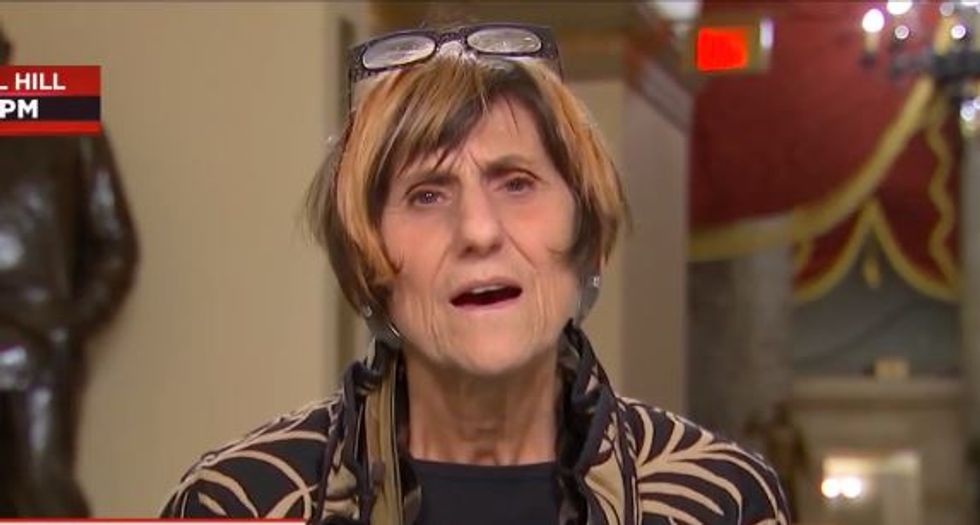 Speaking to MSNBC's Ari Melber, Rep. Rosa DeLauro (D-CT), a Congresswoman from the state where the Sandy Hook Elementary School mass shooting took place nearly five years ago, had an emotional message about the previous night's attack in Las Vegas.

"We cannot continue this way," DeLauro told Melber. "We say each and every time there is an event -- and can go back to Columbine -- we say 'never again'. We' say never' again in Aurora, in Charleston, in Sandy Hook, in Orlando and now in Las Vegas."

DeLauro spoke to MSNBC just before the House of Representatives held a moment of silence for the victims and families of the Mandalay Bay shootings that claimed the lives of 59 people and injured over 500 more, but to the Connecticut Congresswoman, that's far from enough.

She went on to say that her "heart breaks every day" for the twenty children and five adults killed in Sandy Hook in 2012, and that contrary to the White House's line that the immediate wake of the shootings is not the time to discuss gun control, now is the exact right time to bring and pass bills that restrict such weapons.

"We have to act," she implored. "This is not just one time. We have enough data and evidence to know what we have to do. We have a moral responsibility to do something, otherwise we're failing the people of this country whose lives are at stake and we are sitting here doing nothing about it."

Watch DeLauro's emotional argument in favor of gun control in the wake of the deadliest mass shooting in American history so far below, via MSNBC.