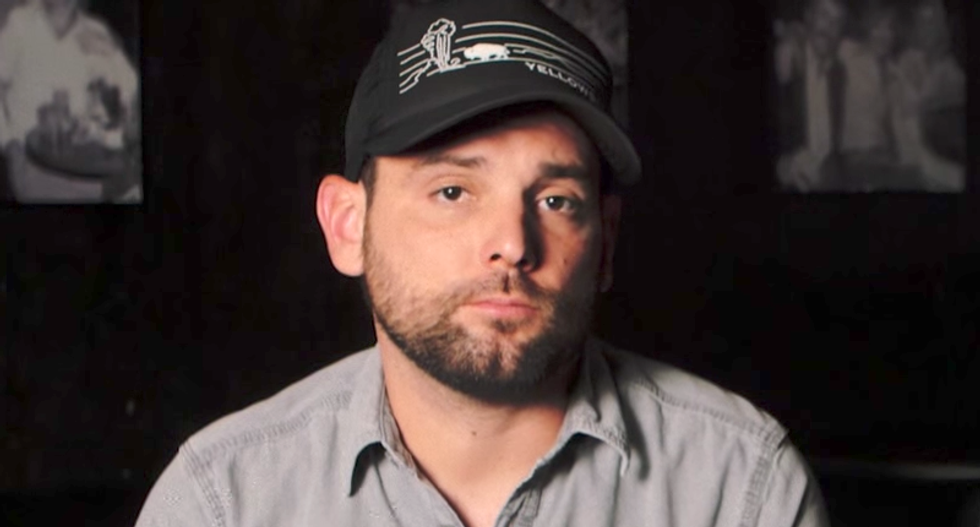 Caleb Keeter, the guitarist for the Josh Abbott Band (screenshot)

A famous country music guitarist who survived the Mandalay Bay shooting massacre has renounced his support for the 2nd Amendment.

Josh Abbott Band guitarist Caleb Keeter posted on Twitter that he had, "been a proponent of the 2nd Amendment my entire life. Until the events of last night."

"I cannot express how wrong I was," Keeter admitted.

"Writing my parents and the love of my life a goodbye last night and a living will because I felt like I wasn't going to live through the night was enough for me to realize that this is completely and totally out of hand," Keeter explained. "These rounds were powerful enough that my crew guys just standing in a close proximity of a victim shot by this f*cking coward received shrapnel wounds."

"My biggest regret is that I stubbornly didn't realize it until my brothers on the road and myself were threatened by it," Keeter noted.

"That being said, I'll not live in fear of anyone," Keeter said in a subsequent tweet. "We will regroup, we'll come back, and we'll rock your f*cking faces off. Bet on it."

Heather Maravola replied, "it's frustrating that some don't call the fire dept until the blaze is at their own front door. But we need more people on our side. Welcome."

"You are all absolutely correct," he replied. "I saw this happening for years and did nothing."

"But I'd like to do what I can now," Keeter offered.