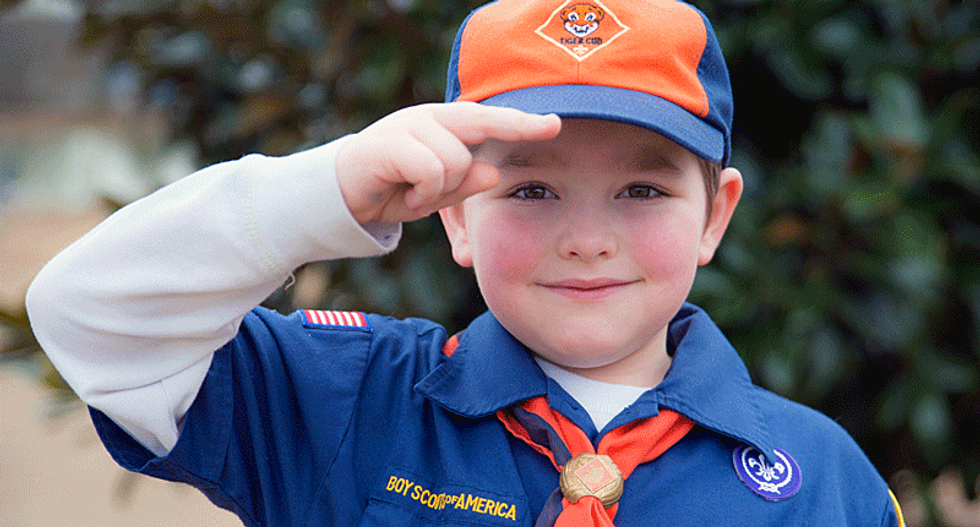 An 11-year-old Cub Scout in Colorado has been kicked out of his den after he asked a local Republican lawmaker about controversial remarks she made about black people in 2013.

The Denver Post reports that 11-year-old Cub Scout Ames Mayfield asked Colorado state Sen. Vicki Marble about a past statement in which she seemed to suggest that black Americans had poor health because they ate a lot of barbecued chicken.

"I was astonished that you blamed black people for poor health and poverty because of all the chicken and barbecue they eat," Ames said to Marble, who was visiting his den's meeting.

"I didn’t, that was made up by the media," Marble replied. "So, you want to believe it? You believe it. But that’s not how it went down. I didn’t do that. That was false. Get both sides of the story."

In 2013, Marble remarked that "when you look at life expectancy, there are problems in the black race. Sickle-cell anemia is something that comes up. Diabetes is something that’s prevalent in the genetic makeup, and you just can’t help it," and then added that, "I've got to say I’ve never had better barbecue and better chicken and ate better in my life than when you go down South and you, I mean, I love it."

Ames Mayfield's mother, Lori Mayfield, says that she was surprised to see her son kicked out of the den in the wake of his questions.

"I felt my son followed directions," says Mayfield, who advised her son to be polite when he asked his questions. "He asked hard questions, but he was not disrespectful."

Nicole Cosme, marketing director of the Boy Scouts of America Denver Area Council, said that Mayfield's case is being "evaluated," and she hinted he could be readmitted to the den.

Watch a news report on the incident below.