Einstein's theory of happy living emerges in Tokyo note from 1922 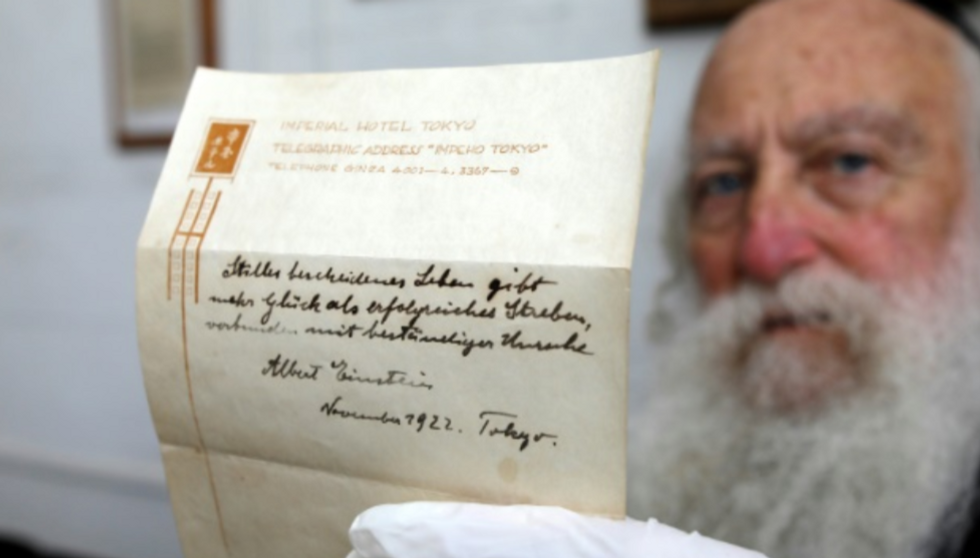 A note that Albert Einstein gave to a courier in Tokyo, briefly describing his theory on happy living, has surfaced after 95 years and is up for auction in Jerusalem. The year was 1922, and the German-born physicist, most famous for his theory of relativity, was on a lecture tour in Japan.