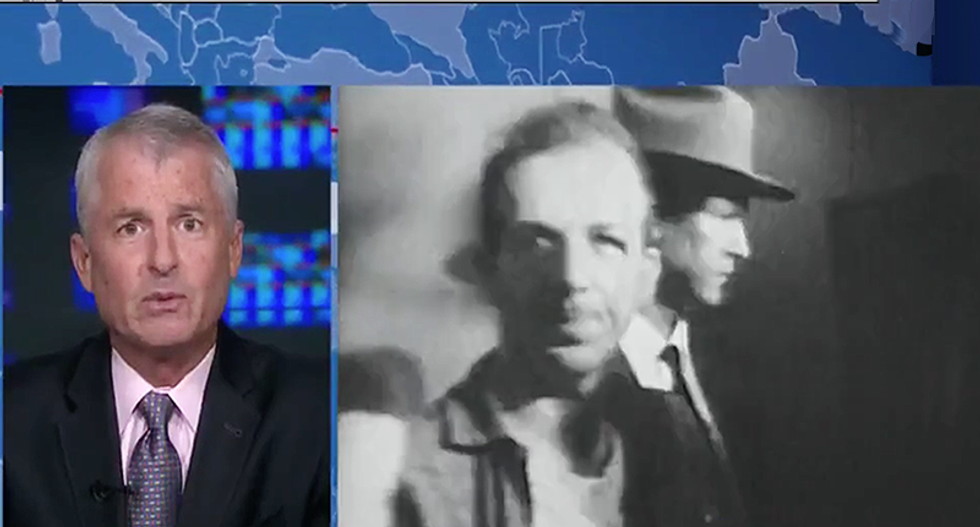 Former CIA officer Phil Mudd explained Thursday evening that the intelligence agencies are likely begging to hold back on the JFK files because there may still international agents in the field that are alive. That's why he thinks President Donald Trump finally acquiesced.

In a discussion on "The Situation Room," both Mudd and CNN correspondent Tom Foreman recalled that the investigation into the assassination of former President John F. Kennedy involved international sources. These sources might still be alive, revealing that the CIA and FBI may not have been prepared for the document release.

"We're being told they need another 180 days to review," Foreman reported. "There's going to be a lot of scrutiny over that, no question."

"I'm going to bet this is about protecting people," Mudd explained. "It's not about whether there's a plot that the American people don't understand. It's people. Back after this assassination, you can guarantee that the FBI and CIA were talking to everybody they knew overseas in countries like Russia, Cuba, Mexico, about what happened and whether they had information in these foreign governments about the assassin. Those conversations might have been with government officials and might have been with paid informants."

He went on to explain that those informants might still be alive and unaware that they're cited in the documents about to be released.

"It's not that simple, though. What do you tell a child, 'We're going to reveal that your dad was a spy for the CIA?'" Mudd wondered, implying families of informants might also not have been informed. "And finally, information. What if there is information released about someone in Latin America about Lee Harvey Oswald and it's so specific that that government can say I know decades ago who would have provided that to the Americans. I think the debate, the bottom line, is about protecting identities so the Americans keep to the people who provided information in the 1960s."